Born
19 January 1917
Louth, Lincolnshire, England
Died
8 April 2008
Oxford, England
Summary
Graham Higman was an English mathematician who is known for his outstanding work in all aspects of the theory of groups. 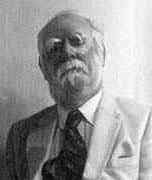 Graham Higman is the second son of the Reverend Joseph Higman. He was educated at Sutton Secondary School in Plymouth and won a natural sciences scholarship to study at Balliol College Oxford. He chose Balliol College because that was the College where his elder brother had studied but, since his elder brother had read chemistry, Graham decided he had to be different in some respect and so, despite holding a natural sciences scolarship, he chose to read mathematics.

Higman's tutor was Henry Whitehead and it took a while before he realised that Higman was a natural pure mathematician since most students on a natural sciences scholarship would only take mathematics courses to support their science studies. Following a suggestion by Whitehead, Higman founded the Invariant Society (an Oxford undergraduate mathematical society). The first speaker was G H Hardy who addressed the Invariant Society on round numbers. After taking special topic courses on group theory and differential geometry, Higman received an MA.

After graduating Higman continued to study for his doctorate at Oxford. His doctoral research was supervised by Henry Whitehead and he was awarded a DPhil. for his thesis The units of group-rings. In this work, among other results, he classified group rings over the rational numbers without non-trivial units. After his doctoral studies Higman spent a year at the University of Cambridge where he was strongly influenced by Philip Hall. He also met Max Newman in Cambridge and Newman's interest in the interaction between group theory and logic had a lasting influence on him. By this time World War II had started and Higman had signed up as a conscientious objector. However he did war service in the Meteorological Office from 1940 to 1946. He began this work, which did not involve using any mathematical skills or knowledge, in Lincolnshire, also spending time in Northern Ireland and Gibraltar.

At the end of the war Higman decided to apply for a permanent post in the Meteorological Office but, after being asked at an interview why he had not chosen to enter the academic world, he turned down the offered post and looked for an academic career. The first offer of such a post came from the University of Durham but, preferring to go to Manchester to be with Max Newman, he turned down Durham before receiving any offer from Manchester. The offer from Manchester did come and, in 1946, Higman was appointed as a lecturer in mathematics at the University of Manchester.

When he first arrived at Manchester Higman worked with Max Newman. Walter Ledermann was also appointed to Manchester in 1946 and then Bernhard Neumann arrived in 1948. Higman and Neumann collaborated proving a number of very significant results which we comment on below. Despite the large amount of activity in group theory which was going on in Manchester, Higman was ambitious and began to apply for professorships. It is not surprising that at this early stage in his career he was unsuccessful, but Henry Whitehead encouraged him to return to Oxford rather than to seek a chair at a second rate place. He did so in 1955 being appointed as a Lecturer in Mathematics in Oxford and then, very soon after, he was promoted to Reader in Mathematics. In 1958 he was honoured with election as a Fellow of the Royal Society of London and, in the same year, he became a Senior Research fellow at his old Oxford College, Balliol College.

Higman was appointed Waynflete Professor of Pure Mathematics at Oxford in October 1960 and, at the same time, he was elected a Fellow of Magdalen College Oxford. He held these positions until he retired in 1984. Immediately after he retired from Oxford, Higman went to the United States where he was George A Miller visiting professor at the University of Illinois for the two years from 1984 to 1986.

Higman is known for his outstanding work in all aspects of the theory of groups. He published on units in group rings, the subject of his doctoral thesis, in 1940 then there was a break in his publication record during the time he worked in the Meteorological Office. His 1948 papers are on somewhat different topics, being on topological spaces and linkages. They show the influences of Henry Whitehead and, to a lesser extent, Max Newman.

In 1949 Higman published one of several major pieces of work which stand as a landmark in the development of group theory. His paper Embedding theorems for groups written jointly with both Bernhard Neumann, who as we noted was a colleague of Graham Higman's at Manchester at that time, and with Hanna Neumann, introduces the now standard group construction of HNN extensions (Higman - Neumann - Neumann extensions).

Higman published further important papers in 1951 when he gave an example of a finitely presented group which is isomorphic to a proper factor of itself, and Higman's famous example of a finitely generated infinite simple group. Other work which he did around this time was on unrestricted free products and topological groups.

Two further papers written jointly with Bernhard Neumann were Groups as groupoids with one law and On two questions of Ito. After working on finitely generated nilpotent groups and infinite simple permutation groups, Higman, together with Philip Hall, produced another of his landmark papers in 1956 On the p-length of p-soluble groups and reduction theorems for Burnside's problem. It is this paper which introduced many important ideas but the most significant result was a reduction theorem for the restricted Burnside problem which essentially reduced the problem to looking only at groups of prime power exponent. This result plays a vital part in Zelmanov's positive solution to the restricted Burnside problem in the early 1990s. Higman made other contributions to the Burnside problem with a paper on groups of exponent 5.

Perhaps his most surprising result, and one of his most influential, appeared in Subgroups of finitely presented groups published in the Proceedings of the Royal Society in 1961. There he proved:-

Higman also worked on topics such as: varieties of groups; enumerating p-groups; and Lie ring methods for finite nilpotent groups. Then in 1967 Higman became interested in the sporadic finite simple groups being discovered at this time and played an important role in constructing certain of these groups from a knowledge of their character tables. He published papers on the Higman-Sims simple group (named after D G Higman and not Graham Higman) and on Janko's group of order 50232960. I [EFR] attended a lecture course which he gave at Oxford on this topic in the 1960s. It was a very exciting course, presenting results which he had only just proved, and often, it seemed, results he worked out on the blackboard during the lectures.

In the years before he retired from Oxford in 1984, Higman gave a course on recent work on existentially closed groups. Elizabeth Scott took notes of the course and the lecture notes were published as a joint Higman-Scott publication.

Other pages about Graham Higman:

Other websites about Graham Higman: