Born
10 January 1899
Warsaw, Russian Empire (now Poland)
Died
23 September 1983
Paris, France
Summary
Szolem Mandelbrojt was a Polish-born French mathematician who specialized in mathematical analysis. He was an early Bourbakist and was the uncle of Benoit Mandelbrot. 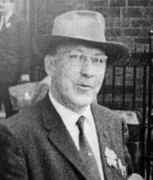 Szolem Mandelbrojt's parents were Saloman Mandelbrojt and Miriam Rabinowicz. He was born into a Jewish family, with the two sides coming from Lithuania. He was educated in Warsaw and Kharkov where he was greatly influenced by Sergi Bernstein, completing his education to first degree level before going to France where he undertook research. He was awarded his doctorate from the Université de Paris (Sorbonne) in 1923 for a thesis inspired by Jacques Hadamard. Others who strongly influenced Mandelbrojt after he arrived in Paris were Édouard Goursat, Henri Lebesgue, Paul Montel, and Émile Picard. Mandelbrojt and Hadamard jointly published La série de Taylor et son prolongement analytique Ⓣ, a monograph which covered the topics in classical analysis which Mandelbrojt had studied for his doctorate.

Mandelbrojt was awarded a Rockefeller Fellowship which enabled him to spend 1924-26 in the United States. He remained in the United States as a lecturer at the Rice Institute in Houston during 1926-27 and published Modern researches on the singularities of functions defined by Taylor's series in a Rice Institute Pamphlet (1927). Returning to France, Mandelbrojt was appointed Maître de Conférences at the University of Lille during 1928-29. In 1929 he was professor in the Faculty of Science at Clermont-Ferrand and there he worked with René de Possel (who was appointed in 1933). They would go to Paris to attend the Séminaire de mathématiques in the Institut Henri-Poincaré every second Monday. This gave them the chance to visit bookstores and libraries as well as meet up with other friends which they made during their studied in Paris. They met regularly for lunch with their friends at the Café Capoulade in Boulevard Saint-Michel near the Luxembourg Gardens and it was here that he became one of the founder members of the Bourbaki group. Mandelbrojt made very considerable contributions to Bourbaki in its initial stages but later dropped out.

Mandelbrojt published an important book Séries de Fourier et classes quasi-analytiques de fonctions Ⓣ in 1935. He continued working on this topic in collaboration with Henri Cartan. He was appointed as professor of mathematics at the Collège de France in 1938 but after the fall of France in June 1940 after the start of World War II, he was helped by the programme of Louis Rapkine to escape to the United States. Under German occupation he was in great danger due to his Jewish background, for quickly French laws against the Jews were put in place. Back in the United States he returned to the Rice Institute in Houston. He published Analytic functions and classes of infinitely differentiable functions as a Rice Institute Pamphlet of 142 pages in 1942. Isaac Schoenberg, reviewing the Pamphlet, writes:-

The present lectures give an excellent account of the modern theory of classes of infinitely differentiable functions of a real variable and may be regarded as a second edition of the author's book "Séries de Fourier et classes quasi-analytiques de fonctions" to include the work of the author and of Henri Cartan since that date.

Continuing to work at the Rice Institute during World War II, Mandelbrojt continued to publish important work In 1944 he published a series of lectures he had given at the Institute under the title Dirichlet series:-

This monograph consists of a series of lectures delivered by the author and is not a complete treatment of general Dirichlet series. It is devoted instead to certain special topics which have interested the author and to which he has contributed many papers.

After World war II ended, Mandelbrojt was able to return to France and to his chair at the Collège de France. He continued as association with the Rice Institute, howver, and continued to publish work in their Rice Institute Pamphlet series. He published in that series General theorems of closure in 1951 which presented results concerning closure of translations and closure of linear combinations of derivatives of a function. In the following year he published Séries adhérentes, régularisation des suites, applications Ⓣ in Paris, then in 1958 Composition theorems in the Rice Institute Series. The basic ideas in this topic are:-

... various density functions for sets of positive integers, adherent series, the Fourier-Carleman transform and the spectrum of a function defined by means of this transform. ...

In 1969 Mandelbrojt published Séries de Dirichlet. Principes et méthodes Ⓣ which again puts into more refined form mch of what he had published over the preceeding years, and reported on the progress that he had made on topics such as Picard theorems, composition theorems, continuability and location of singularity results.

Mandelbrojt retired from the Collège de France in 1972. We should mention an important contribution which he made in the years just before he retired, namely his work with Maurice Fréchet, Paul Levy, and Laurent Schwartz on the Committee formed to publish the works of Jacques Hadamard. Four volumes containing 2296 pages of Hadamard's work was published by them in 1968. A year before that, in collaboration with Paul Levy, B Malgrange, and P Malliavin, he published La vie et l'oeuvre de Jacques Hadamard Ⓣ (1865-1963).
Other Mathematicians born in Poland
A Poster of Szolem Mandelbrojt