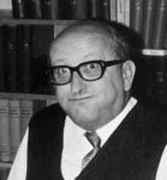 Georges Reeb's parents were Theobald Reeb (born 2 October 1870 in Keskastel, Alsace, died 29 September 1938 in Saverne, France) and Caroline Engel (born 27 November 1879 in Pfalzweier, Alsace, died 28 November 1966 in Saverne, France). Georges, who had one brother, was born in Saverne which is about 40 km north west of Strasbourg in Alsace. We have given his parents' birthplaces as Alsace rather than specifying France or Germany. This whole region had a difficult history, being a part of France up to the Franco-German war of 1870-71 after which it became part of Germany. In 1919, following World War I, Alsace again became part of France so Georges grew up in a district which still had quite difficult tensions between the French and German speaking peoples.

Reeb began his university studies at the University of Strasbourg before the start of World War II. However the university was displaced due to the war which began on 1 September 1939 when German forces entered Poland. On the following day, Britain, France and several other countries, declared war on Germany but, over the following months, France was not involved in any fighting, but spent time trying to build defences to protect the country from an invasion by Germany. In September 1939, as part of these preparations, the inhabitants of Strasbourg had been evacuated and the University of Strasbourg was displaced to Clermont-Ferrand. Reeb was part of the evacuation and continued his studies in Clermont-Ferrand. The war changed dramatically for France on 10 May 1940 when the German army crossed the Dutch and Belgium borders and, by June, France had surrendered and fighting had ended. However, the Germans regarded the university in Clermont-Ferrand as their particular enemy, because of the history of French and German periods of the University of Strasbourg from the time of the Franco-German war in 1870. Reeb, like all the staff and students, had to endure difficult times during the occupation.

The advisor for Reeb's doctoral work at Clermont-Ferrand was Charles Ehresmann who, like Reeb, was an Alsatian. Ehresmann had only been appointed to Strasbourg shortly before the university moved to Clermont-Ferrand and Reeb was his second doctoral student. The first of Ehresmann's doctoral students, Jacques Feldbau, had been born in Strasbourg but was Jewish. He did not survive the war, being caught by the Gestapo in June 1943. He published a joint paper with Ehresmann in 1944, namely Sur les champs d'éléments de contact de dimension p complètement intégrables dans une variété continuement différentiable Vn​ Ⓣ. This papers studies fields of p-dimensional elements of contact in a differentiable manifold and, in 1945, Reeb published a single authored paper Sur les variétés intégrales des champs d'éléments de contact complètement intégrables Ⓣ which extended some of the results contained in his joint paper with Ehresmann. This 1945 paper by Reeb also contains theorems about the existence or non-existence of compact integrals for exact Pfaffian forms and Reeb's next paper Sur les points singuliers d'une forme de Pfaff complètement intégrable ou d'une fonction numérique Ⓣ (1946) studied a certain type of singular point of a Pfaffian form. All these papers were published in Comptes rendus of the Academy of Sciences. Reeb completed his doctoral thesis Propriétés topologiques des variétés feuilletées Ⓣ in 1948 and was awarded his doctorate.

In 1952 Reeb was appointed to the University of Grenoble. In the following year Charles Ehresmann and André Lichnerowicz organised the conference "Differential geometry" at the University of Strasbourg. Reeb gave a talk at the conference on Finsler and Cartan spaces. The paper of this talk contains an intrinsic definition of the Liouville form. Reeb spent time at the Institute for Advanced Study at Princeton in 1954. In 1963 he left Grenoble when he was appointed to the University of Strasbourg. There, together with his colleague Jean Frenkel and helped by Jean Leray and Pierre Lelong, he set up the Rencontres entre Mathématiciens et Physiciens Théoriciens in 1965:-

These meetings aimed at creating and strengthening bridges between active mathematicians and physicists in the areas of current strong development. The goal was to promote the recent advances in these disciplines and to make them accessible to wide circles of professional mathematicians and students of mathematics and physics.

In 1966 Reeb and Frenkel also founded the Institute de Recherche mathématique Avancée as the first university laboratory associated to the Centre National de la Recherche Scientifique. Frenkel was the first director of the Institute in 1966 but in the following year Reeb became director and held this position until Claude Godbillon took on that role in 1972. Michèle Audin gives the following summary of Reeb's most important contributions [1]:-

He is one of the inventors of the theory of foliations. He invented what is now called the "Reeb foliation", a foliation of the 3-sphere, all the leaves of which are diffeomorphic to R2, except one, which is a (compact!) 2-torus. Another useful tool in topology was named after him, the "Reeb vector field" associated with a contact form. And Reeb's theorem is the one that tells you that, if a compact manifold has a function with only two critical points, this manifold is homeomorphic to a sphere. This is the way you prove that the Milnor spheres, although not diffeomorphic, are homeomorphic to the sphere S7, a result that came in 1956 ...

Georges Reeb fitted all the prejudices French people might have against Alsatians: he was massive and slow, very slow. Slowness is not a quality French mathematicians usually praise very much. But Reeb did not care. He was even proud of it. He used to say that, when he was a professor at Grenoble University, the students attending his course suggested recording his lectures on tape, so that they could listen to them at double speed. When I arrived in Strasbourg in 1987, he used to come to the department and go from one office to another talking with people, which had always been his way of working. Since he reckoned I was always in a hurry, he used to tell me the "story of the hurrying Savernois" (both a paradox and a never-ending story). He also told many jokes about his complete baldness ....

Reeb published a number of books. Équations différentielles Ⓣ, written jointly with Robert Campbell, was a 78-page booklet published in 1964. It presented the theory of ordinary differential equations in a form which would prove useful to physicists and engineers. The booklet was in three parts with the third part written by Reeb alone. This part contained results on dynamical systems, the topological theory of 2-dimensional autonomous systems, applications of fixed-point theorems, stability, and singular perturbation procedures. This material was not available in book farm at this time. In the summer of 1972, Reeb gave a lecture course at the University of Montreal in Canada. These lectures were published as Feuilletages: résultats anciens et nouveaux Ⓣ (1974). In his lectures, Reeb put into context the results which his very active trajectories research group in Strasbourg had obtained. He explained the geometric approach to the theory of differential equations which he had adopted and indicated that it followed the approach begun by Henri Poincaré, Paul Painlevé and Élie Cartan.

Towards the end of his career, Reeb's interests moved into other areas of mathematics [4]:-

Georges Reeb had a strong interest in the relationship between computers and nonstandard analysis, and ... was a dedicated intuitionist.

For example, at the Fourth International Colloquium on Differential Geometry at Santiago de Compostela in 1978 he gave the talk Équations différentielles et analyse non classique Ⓣ which surveyed results on the perturbation of dynamical systems obtained using methods of nonstandard analysis. In 1980, at the Third Colloquium on Categories held in Amiens, he gave the lecture La mathématique non standard vieille de soixante ans? Dedicated to Ehresmann, his talk provided a convincing illustration of the methods and the spirit of nonstandard analysis. In collaboration with Francine Diener, he published the book Analyse non standard Ⓣ (1989). L D Kugler writes in a review:-

This text is intended for the mathematician or user of mathematics who wants an easily comprehensible description of nonstandard analysis. The authors use a simplified version of E Nelson's axiomatic approach, and move quickly to the fundamental characterizations that nonstandard analysis provides. ... The book is engagingly written ...

Edward Nelson, who is mentioned in the previous quote, makes the following personal remarks about Reeb in [4]:-

One of the most treasured experiences of my life is my friendship with Georges Reeb. We had many strong discussions together, intuitionist versus formalist. What he created was unique in my experience. His rare spirit, gentle but fiercely demanding of the highest standards, inspired a group of younger mathematicians with an unmatched ethos of collegiality. And their discoveries are extraordinary. Reeb found, and led others to find, not only knowledge and beauty in mathematics, but also virtue. His insights into the nature of mathematics will point the way towards the mathematics of the future.

Reeb was honoured many times for his outstanding contributions. He was president of the French Mathematical Society in 1967. The Academy of Sciences awarded him their Petit-D'Ormoy prize in 1971. He was awarded honorary degrees from the University of Neuchatel and from the Albert Ludwig University of Freiburg-im-Breisgau.

Gustave Alfred Arthur Choquet had been, from 1950, a professor at the University of Paris. He made important contributions to a variety of fields: topology, measure theory, descriptive set theory, potential theory, and functional analysis. Following Reeb's death, he wrote to Daniel Bernard (see [2]):-

I wanted to come to Strasbourg to accompany Reeb to his final resting place and find, among his students and all those who loved him, the precious memory of his warm presence. ...

That is what Reeb was for me, as certainly for many others, one of those beings who believe in the wisdom and goodness of man. He will always remain for me a comfort and support during hours of doubt.

And yet I have not had the chance to meet him often: I knew that he was a student of Charles Ehresmann, that he created and developed a theory of foliations, and that already he had been able to train in his school many bright students who have become very good mathematicians. But it was two circumstances much later that made me discover both the sower of mathematical ideas and the warm and wise man he was.

The first was a long conversation following the funeral of Charles Ehresmann in Amiens; he made me into his disciple convinced of his vision of Non-Standard Analysis: the phrase "The integers 1, 2, 3, ... etc.. ... do not exhaust the set N in the theory of sets."

My second prolonged contact with Georges Reeb - and unfortunately it was the last - took place at the Conference at Cerisy-la-Salle three years ago on 'The Continuous and the Discrete'. Many of his students were present, and I was amazed to witness the affection and admiration with which they surrounded him; mutual affection and respect, because he knew how to attract and retain young people by respecting their ideas, the Socratic way which allowed them to discover their mistakes and choose fruitful paths.

Other Mathematicians born in France
A Poster of Georges Reeb

Other websites about Georges Reeb: