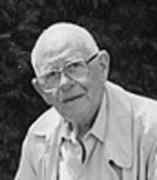 Pierre Samuel's parents were Raymond Samuel, who was a shopkeeper, and Jacqueline Dalmeyda. Pierre studied at the Lycée Janson-de-Sailly in Paris before entering the École Normale Supérieure where he studied for his Agrégé de mathematique. He published his first paper Correspondance conforme de deux surfaces à plans tangents parallèles Ⓣ in 1942 and went on to write a thesis La notion de multiplicité en algèbre et en géometrie algébrique Ⓣ. He went to the United States to complete his research and was awarded a Master of Arts and then a Ph.D. from Princeton University in 1947 for his thesis Ultrafilters and Compactification of Uniform Spaces.

Returning to France, Samuel worked at the National Centre for Scientific research from 1947 to 1949. During this time he married Nicole Hermann on 23 July 1948; they had two children, Laurent and Fabien. In 1949 Samuel was appointed as Maître de Conférences at the Faculty of Science at Clermont-Ferrand and was later appointed as professor there. He continued to work there until 1961.

These volumes will allow a convenient way to study the brilliant work of this legendary mathematician. For many of the young generation, he is famous and enormously appreciated for his books.

Indeed Samuel is famed for his book so it is fitting that we look at some of these texts. He published Algèbre locale in 1953 which is a short book of only 76 pages. Chevalley reviewed the work writing:-

This is a survey of the technical algebraic devices which are used in the local study of an algebraic variety in the neighbourhood of one of its points or of a subvariety. These devices have been developed by various authors: W Krull, who introduced the fundamental notion of a local ring, O Zariski, I Cohen, P Samuel, and C Chevalley. Their results are scattered among various papers, a circumstance which made it difficult up to now to obtain a general view of the subject. This monograph contains a systematic and logical presentation of these results, together with some new improvements. ...

This little book contains, in a condensed form, an encyclopedic repertorium of almost everything which is known on the subject. Sufficient indications of the proofs are given to make it easy to reconstruct them entirely. The nature of the applications of the various theorems to algebraic geometry is in general rapidly explained.

In 1955 Samuel published Méthodes d'algèbre abstraite en géométrie algébrique Ⓣ which aimed to give a complete foundation for algebraic geometry:-

The theory is developed systematically and in such a way as to include the most general versions of the fundamental facts ... The book is not intended to be an easy introduction to the field (though, as a matter of fact, large parts can be read by anyone with a reasonable knowledge of commutative algebra, and suitable amplification could make most of the rest comprehensible to such a person); rather, it is designed to be of help to algebraic geometers. For these, its utility will consist in the systematic presentation of the fundamental facts in their most general contexts, together with many simplified proofs of more esoteric results.

It is for the two volume work Commutative algebra by Zariski and Samuel that Samuel is perhaps best known. The first volume appeared in 1958 and M Henriksen writes in a review:-

Before the appearance of the present work, the only systematic account of commutative algebra was to be found in Krull's 'Idealtheorie' Ⓣ. The reader of 'Commutative algebra' will receive a presentation of much of the research in this area over the last twenty years, a good deal of which was inspired by Krull's classic work. In addition, he will receive a leisurely and thorough exposition of the subject matter, suitable not only for the expert, but for the student as well.

When the second volume appeared in 1960 H T Muhly wrote:-

It would be an under-statement to say that the second volume of this work lives up to the standards and expectations set by the first, because the scope and style of the final volume could not have been anticipated even though the first volume contained an outline of the authors' total program and ample evidence of their expository skill. Unlike the first, however, the second volume is concerned in large measure with those parts of commutative algebra that are the fruits of its union with algebraic geometry ...

Another beautiful little book by Samuel is Anneaux factoriels Ⓣ which was published in 1963 and contained the lecture course that Samuel gave on unique factorisation domains in Paris in 1961-62. Another text is Lectures on old and new results on algebraic curves which was published in 1963 and explained the results of Grauert and Samuel on Mordell's conjecture over function fields. This work is around 130 pages and not much longer than this is his 1967 book Théorie algébrique des nombres which:-

... covers the basic facts of algebraic number theory starting with the divisibility theory in principal ideal domains and ending with the unit theorem, finiteness of the class number and the more elementary theorems of the Hilbert ramification theory.

Samuel had been an important member of the Bourbaki group of mathematicians and had joined around the end of World War II and became a second generation member of the group along with Laurent Schwartz, Jean-Pierre Serre, Jean-Louis Koszul, Jacques Dixmier, Roger Godement and Samuel Eilenberg. He acted as secretary to Bourbaki for a while after Dieudonné left that role and before Cartier took over.

In 1961 Samuel was appointed as professor at Université Paris-Sud XI - Orsay. He became involved in non-mathematical work and he became interested in various issues relating to world affairs. In 1973 he was one of a number who put out a statement expressing their unhappiness at the state of the world. The statement began:-

It is now more than fifty years since World War I shattered all hope that Europe and, in its wake, the rest of the world, would advance on paths other than those of systematic blood-letting toward greater democracy, economic and social justice, and what was then considered to be "Civilization." The world we have fallen heir to is a world in which violence, overt or covert, of weapons, institutions, and economic scarcity, reigns supreme; it is a world of fear and terror.

A recent statement by Samuel in a letter to the Notices of the American Mathematical Society (March 2005) explained his association with "Friends of the Earth":-

... my friend Grothendieck's influence made me become an environmental activist. I worked mostly at "Les Amis de la Terre", the French branch of "Friends of the Earth International", an N.G.O. [non-governmental organisation]. I chaired it from 1982 to 1989. At that time it was not involved in electoral politics. My personal involvements in elections and ecology parties were few and far between.

He wrote a number of texts on environmental issues such as Écologie, détente au cycle infernal Ⓣ (1973), Le Nucléaire en questions Ⓣ (1975) and a book on global warming in 1980: l'Éffet de serre Ⓣ.

Samuel has another, rather unusual interest. He is fascinated by Amazons, female strength and women with muscles, and his extensive research in these areas was published in his scholarly book Amazones, Guerrières et Gaillardes Ⓣ (1975).
Other Mathematicians born in France
A Poster of Pierre Samuel

Other websites about Pierre Samuel: