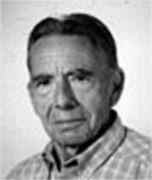 Jean-Louis Koszul's parents were Marie Fontaine, who was born at Lyon on 19 June 1887, and André Koszul, born at Roubaix on 19 November 1878. André was a university professor in Strasbourg and his parents (Jean-Louis grandparents) were Julien Stanislas Koszul and Hélène Ludivine Rosalie Marie Salome. Jean-Louis was the youngest of his parents four children, having three older sisters, Marie Andrée, Antoinette, and Jeanne. He was educated at the Lycée Fustel-de-Coulanges in Strasbourg before studying at the Faculty of Science in Strasbourg and the Faculty of Science in Paris.

In 1947 Koszul published three papers in Comptes rendus de l'Academie des sciences. The first was Sur le troisième nombre de Betti des espaces de groupes de Lie compacts Ⓣ in which he completed the proof that the third Betti number of a simple compact Lie group is one by studying certain of the exceptional groups. The second of the three papers was Sur les opérateurs de dérivation dans un anneau Ⓣ in which he studied rings having a derivation operator with the formal properties of the coboundary operator of algebraic topology. This work generalised ideas due to Leray. The third of the three papers was Sur l'homologie des espaces homogènes Ⓣ in which he applied the ideas in his second paper to cohomology rings.

Koszul was appointed as Maître de Conférences at the University of Strasbourg in 1949. He was promoted to professor there in 1956, and remained in Strasbourg until he appointed professor in the Faculty of Science at Grenoble in 1963.

... very enjoyable. The pace is quick, and considerable material is covered elegantly. Apart from the more or less standard theorems on symmetric spaces, the author discusses the geometry of geodesics, the Bergmann metric, and finally investigates the bounded domains in considerable detail.

In the mid 1960s Kosul lectured at the Tata Institute of Fundamental Research in Bombay On groups of transformations and On fibre bundles and differential geometry. The second course was on the theory of connections and the lecture notes were first published in 1965 and reprinted in 1986. After a number of further important publications which appeared in the proceedings of various conferences that Koszul attended such as Convegno sui Gruppi Topologici e Gruppi di Lie in Rome (1974), Symplectic geometry in Toulouse (1981), an international meeting on geometry and physics in Florence (1982), he published Introduction to symplectic geometry in Chinese in 1986. Chuan Yu Ma writes in a review that:-

... this beautiful, modern book should not be absent from any institutional library.

He also explains the background to the work:-

During the past eighteen years there has been considerable growth in the research on symplectic geometry. Recent research in this field has been extensive and varied. This work has coincided with developments in the field of analytic mechanics. Many new ideas have also been derived with the help of a great variety of notions from modern algebra, differential geometry, Lie groups, functional analysis, differentiable manifolds and representation theory. [Koszul's book] emphasizes the differential-geometric and topological properties of symplectic manifolds. It gives a modern treatment of the subject that is useful for beginners as well as for experts.

Koszul was honoured with election to the Academy of Sciences in Paris on 28 January 1980. In the following year he was elected to the Academy on São Paulo. In 1994 a volume containing 24 articles by Koszul were published under the title Selected papers of J-L Koszul. The book contains a commentary by Koszul which explains the problems with which he was concerned at the time he invented what is now called the "Koszul complex". This was first introduced to define a cohomology theory for Lie algebras and turned out to be a useful general construction in homological algebra.

Among Koszul's hobbies was mountaineering and he was a member of the Club Alpin Français.
Other Mathematicians born in France
A Poster of Jean-Louis Koszul

Other websites about Jean-Louis Koszul: