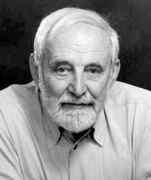 Raoul Bott's father was a Roman Catholic of Austrian descent, while his mother was Jewish of Hungarian descent. His parents split up soon after he was born and he was brought up by his mother as a Catholic. His mother remarried and Raoul lived with his mother and step father, who was a German speaking Czech, in Slovakia. His early education was not a great success, and he certainly did not show the great potential that, with hindsight, we can now say that he must have had. In fact he showed more promise at using his hands than at the more academic side of education. Even as a very young boy he began experimenting with electricity and building pieces of electrical apparatus.

If his early education was not successful it was certainly not because he lacked opportunities. He lived in a luxurious villa, was looked after by English governesses, and as a consequence spoke perfect English from a young age. He was also given music lessons, and indeed singing was one of the highlights of his achievements at school. In 1935, when Raoul was eleven years old, his mother died. This was a shattering experience for the young boy who continued to show enthusiasm for playing with electricity with his friend Tomy Hornak. In an interview recorded in [11] Bott said:-

When I was about twelve to fourteen years old, a friend and I had fun working with electricity, and it was really a collaboration. We had a lab where we tried to make very primitive things, such as a microphone. We enjoyed creating sparks, and we wanted to know how gadgets work.

Bott's step father remarried and then he had two step parents. The political situation was beginning to look serious when in May 1938 Hitler announced his 'unqualified decision' to destroy Czechoslovakia. In September, Britain and France advised Czechoslovakia to accept Hitler's terms. Bott's step parents were under no illusions about where things were heading during 1938 and they sent the fifteen year old boy to a boarding school in England where he might be safer. After Bott spent a year in England, the family emigrated to Canada where he prepared for university entrance during a year of study in Ontario.

In the autumn of 1941 Bott entered McGill University in Montreal where he took what for him was a natural course. His interest in electricity from a young age meant that he took courses supporting his main topic of electrical engineering. He said that, at McGill, he fell in with the [9]:-

After graduating with an engineering degree in 1945, with World War II still in progress, Bott joined the Canadian army. However the war ended in September following the dropping of the atomic bombs on Hiroshima on 6 August and Nagasaki on 9 August. It was while he was in the army that he met Phyllis, from the West Indies, who was a student of English literature. They married two year later in 1947. After four months Bott left the army and signed up for a one year Master's course at McGill University, still on electrical engineering but by now he was moving in interest towards mathematics. One reason for his changing interest was his mathematics professor at McGill University [9]:-

My first teacher in the calculus was Professor Williams. He was beautiful! Some professors taught in gowns, English style, and he was one of these. His gown was unbelievably old, chalk crusted and slightly torn. With his hair flying and his gown flapping, Prof Williams' lectures were not a model of clarity, but I found shining through them his love of the subject and also his general benevolent view of life and mankind.

He explained how his "conversion" to mathematics took place via an attempt to move into medicine (see for example [22]):-

I approached [the Dean of the Medical School at McGill] for help in entering the medical school there, when in 1945 the atomic bomb unexpectedly put an end to the war and to my four-month old career in the Canadian Infantry. The Army very wisely decided to get rid of such green recruits as soon as possible, and so we all again found ourselves quite unexpectedly in charge of our own lives. I had graduated in engineering earlier that year but had already decided against that career. The Dean greeted me very cordially and assured me that there was a great need for technically trained doctors. But, he said, seating me next to him, first tell me a little about yourself. Did you ever have any interest in botany, say, or biology? Well, not really, I had to admit. How about chemistry - Oh, I hated that course. And so it went. After a while he said, "Well, is it maybe that you want to do good for humanity?" And then, while I was coughing in embarrassment, he went on, "Because they make the worst doctors." I thanked him, and as I walked out of his door I knew that I would start afresh and with God's grace try and become a mathematician.

This problem had to do with building filters. ... [It] had fascinated me when I was at McGill, and I brought it to Carnegie Tech with me. In my first interview with Duffin I immediately divulged it to him, and he became interested.

Solving this problem led to a joint Bott-Duffin paper containing what is now known as the Bott-Duffin theorem. Bott was awarded a PhD for his thesis Electrical Network Theory in 1947 and he remained at Carnegie Tech undertaking research until 1949. Bott's career was greatly influenced by Weyl who was impressed with the results that Bott was producing and invited him to the Institute for Advanced Study in Princeton in 1949. The aim of the invitation was so that Bott could write a book on network theory but in fact the experience took his interests away from network theory and towards topology [17]:-

I didn't write a single paper in my first year there. So I was very delighted when Marston Morse called me up at the end of that year and said, "Do you want to stay for another year?" And I said, "Of course, yes!" He said, "Is your salary enough?" It was $300 a month. I said, "Certainly!" because I was so delighted to be able to stay another year. My wife took a dimmer view! But we managed.

Bott spent two years at Princeton where he was greatly influenced by Weyl, Steenrod, Specker, Reidemeister, and Morse. In particular Steenrod was giving a course on fibre bundles which he was running as part of his programme of writing the now classic text The Topology of Fibre Bundles which was published in 1951. Bott also attended lectures by Kodaira and de Rham on harmonic forms.

From 1951 to 1959 Bott was on the faculty of the University of Michigan although during that time he did spend 1955-57 back at the Institute for Advanced Study. At Michigan he [17]:-

... met Hans Samelson, who was a student of Hopf. Samelson was a real master of geometry and Lie group theory. I learned a lot from him during the years we worked together.

It was at Michigan that Bott supervised his first doctoral student, Stephen Smale. Smale earned his doctorate in 1957 for the thesis Regular Curves on Riemannian Manifolds and went on to win a Fields Medal in 1966. Few people can have had a more successful first PhD student than Bott!

In 1959 Bott accepted a full professorship at Harvard University. He remained there for the rest of his career, retiring from teaching in 1999 but becoming William Casper Graustein Research Professor at Harvard. Few people have supervised the doctoral studies of two people who went on to be awarded a Fields Medal but Bott has that distinction. We mentioned Smale above, and the second was Daniel Quillen who wrote his thesis Formal Properties of Over-Determined Systems Of Linear Partial Differential Equations at Harvard. Quillen was awarded his doctorate in 1964 and a Fields Medal in 1978.

Let me mention a personal memory of Bott from the late 1960s. I [EFR] was attending a seminar at the University of Warwick when the lights in the lecture room went out. Bott leapt to his feet insisting firmly "I'll fix them - I'm an electrician!". Sure enough about five minutes later the lights came back on but only for a few seconds before again there was darkness. A second attempt by "electrician Bott" failed in a similar way. We did manage to hold the seminar - somebody had the bright (no pun intended!) idea of bringing a few cars up to the window of the seminar room and switching their headlights on.

To get an idea of the range of mathematics in which Bott made advances we look briefly at the contents of his collected papers. Volume 1 contains papers on topology and Lie groups most of which were written between 1949 and 1962. Ian Hambleton, reviewing this volume, wrote:-

There are too many high points in this volume to summarize, but each reader will certainly profit from Bott's elegant style and engagement with the central problems of the subject and time.

Included is the famous Bott periodicity theorem (1956) and the Morse-Bott functions, an important generalization of Morse functions which Bott introduced in the course of this work.

The papers included in this book are united by one theme: topological constraints on analysis .... Most of them concern K-theory, index theory of operators and Lefschetz fixed point theory for elliptic complexes. About half of the papers in this volume were written in collaboration with M Atiyah; their time span is the golden decade of index theory, 1964 - 73. M Atiyah's very warm notes on his joint work and friendship with Bott are included in the volume ...

The same reviewer writes of the third and fourth volumes:-

The third volume of collected papers by Raoul Bott represents his works on the algebraic topology aspects of foliations and Gelfand-Fuchs cohomology. ...

The main themes of the papers included in [Volume 4] are the geometry and topology of the Yang-Mills equations and the rigidity phenomena of vector bundles. These works were physics-inspired and very much contributed to the convergence between geometry and high energy physics we are witnessing today. The underlying topic is Morse theory, in particular, the equivariant one. Many papers in this volume represent R Bott, a teacher and expositor at his best. I personally find the papers "Marston Morse and his mathematical works" and "Lectures on Morse theory, old and new" truly exceptional.

The comments regarding Bott as a teacher made in the quote above represent widely held views. For example in [22] Tu writes about Bott as a lecturer:-

Bott's lectures are legendary for their seeming ease of comprehension. His style is typically the antithesis of the Definition-Theorem-Proof approach so favoured among mathematical speakers. Usually he likes to discuss a simple key example that encapsulates the essence of the problem. Often, as if by magic, a concrete formula with transparent significance appears.

... his many fundamental contributions in topology and differential geometry and their application to Lie groups, differential operators and mathematical physics.

Other honours which were bestowed on Bott included honorary doctorates from the University of Notre Dame (1980), McGill University (1987), Carnegie Mellon University (1989), and the University of Leicester (1995). He was made an honorary member of the London Mathematical Society (1976), the Moscow Mathematical Society (1997). He was elected to the National Academy of Sciences (United States) (1964) and the Academy of Sciences (Paris) (1995).
Quotations by Raoul Bott
Other Mathematicians born in Hungary
A Poster of Raoul Bott

Other pages about Raoul Bott:

Other websites about Raoul Bott: