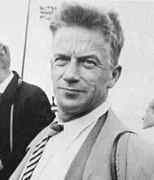 Sergei L'vovich Sobolev's father, Lev Aleksandrovich Sobolev, was an important layer and barrister. His mother, Nataliya Georgievna, played an important role in Sobolev's upbringing, particularly after the death of Sobolev's father when Sobolev was 14 years old. He studied at the Khar'kov Workers' Technical School preparing to enter the high school which he did in 1922 around the time of his father's death.

The high school which he entered was called the 190th School of Leningrad at the time although previously it had been called the Lentovskii High School. In [5] (see also [4]) it is explained that this school :-

... was founded during the First Russian Revolution by the foremost St Petersburg teachers for pupils who had been excluded from the State Schools and Technical Colleges because of their participation in the revolutionary movement.

After graduating from high school in 1925, Sobolev entered the Physics and Mathematics Faculty of Leningrad State University where his talents were quickly spotted by Smirnov who had returned to Leningrad three years earlier. Sobolev became interested in differential equations, a topic which would dominate his research throughout his life, and even at this stage in his career he produced new results which he published.

By 1929 Sobolev had completed his university education and he began to teach in a number of different educational establishments. For example his first appointment was in 1929 at the Theoretical Department of the Seismological Institute of the USSR Academy of Sciences. However, in addition, he taught at the Leningrad Electrotechnic Institute in 1930-31.

In 1932 the Steklov Institute of Physics and Mathematics was divided into separate Departments of Mathematics and of Physics. Vinogradov headed the Mathematics Department and invited Sobolev to join the Department. By this time, however, Sobolev had already ([4] and [5]):-

... published a number of profound papers in which he put forward a new method for the solution of an important class of partial differential equations.

Working with Smirnov, Sobolev studied functionally invariant solutions of the wave equation. These methods allowed them to find closed form solutions to the wave equation describing the oscillations of an elastic medium. The methods also led them to a complete theory of Rayleigh surface waves and Sobolev went on to solve problems on diffraction. Sobolev was honoured for this outstanding work by election as Corresponding Member of the USSR Academy of Sciences in 1933.

During the 1930s Sobolev introduced notions which were fundamental in the development of several different areas of mathematics [22]:-

The study of Sobolev function spaces, which he introduced in the 1930s, immediately became a whole area of functional analysis. Sobolev's notion of generalised function (distribution) turned out to be especially important; with further developments by Schwartz and Gelfand, it became one of the central notions of mathematics.

While working in Moscow, Sobolev built on the standard variational method for solving elliptic boundary value problems by introducing these Sobolev function spaces. He gave inequalities on the norms on these spaces which were important in the theory of embedding function spaces. He applied his methods to solve difficult problems in mathematical physics.

A new area of his research involved the study of the motion of a fluid in a rotating vessel. He was led to study a number of new problems which ([4] and [5]):-

In 1950 he published his famous text Applications of functional analysis in mathematical physics (in Russian). An English translation was published by the American Mathematical Society in 1963. Schwartz's book on the the theory of distributions appeared in the same year.

In the early 1950s Sobolev's work turned towards computational mathematics and in 1952 he became head of the first department of computational mathematics in the Soviet Union when he organised the first such department at Moscow State University. However in 1956 he joined with a number of colleagues in proposing ways in which the large areas of Russia in the east could be opened up with educational initiatives. The scheme was to set up a number of Institutes for Scientific research to balance the large number of high quality educational establishments in the east of the Soviet Union.

During the difficult formative years of the Institute Sobolev, by his excellent example, infused his young colleagues with the best habits for scientific work. In ten years, under the leadership of Sobolev, the Institute of Mathematics of the Siberian Branch of the USSR Academy of Sciences has become one of the greatest centres for the mathematical sciences of international status.

In 1958 Sobolev was part of the Soviet delegation to the International Mathematical Union, the delegation being led by Vinogradov, and Sobolev attended the International Congress at Edinburgh that year and gave an invited address on partial differential equations. From 1960 until 1978 Sobolev, in addition to his work at the Institute of Mathematics of the Siberian Branch of the USSR Academy of Sciences, was a professor at Novosibirsk University.

Sobolev received many honours for his fundamental contributions to mathematics. He was elected to many scientific societies, including the USSR Academy of Sciences, the Académie des Sciences de France, and the Accademia Nazionale dei Lincei. He was awarded many prizes, including three State Prizes and the 1988 M V Lomonosov Gold Medal from the USSR Academy of Sciences.
Other Mathematicians born in Russia
A Poster of Sergei Sobolev

Other websites about Sergei Sobolev: