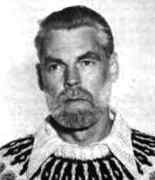 Following a reception at the Park Plaza Hotel, the couple left on a honeymoon trip to the Muskoka district. On their return they will reside at 9 Harbord Street in Toronto, where Mr Vanstone is studying for a postgraduate degree in mathematics.

Rund returned to South Africa in May 1956 where he had been appointed Professor and Head of the Department of Mathematics at the University of Natal in Durban. After completing his Master's Degree, Vanstone travelled to South Africa with his wife so that he could study for a Ph.D. supervised by Rund. He was awarded a Ph.D. in 1959 for his thesis Generalized Metric Differential Geometry. While in South Africa, his first child was born:-

A few months later, Vanstone, his wife and their baby son returned to Canada. They sailed on the South African Merchant from Cape Town to Baltimore, Maryland arriving on 28 September 1959. Travelling to Toronto, Vanstone took up an appointment as a lecturer in mathematics in October 1959. He submitted two papers for publication in June 1960. The first, submitted on 17 June to the Canadian Mathematical Bulletin was Autoparallel deviation in the geometry of Lyra. It was published in 1960 and has the following Abstract:-

One of the fruitful tools for examining the properties of a Riemannian manifold is the study of "geodesic deviation". The manner in which a vector, representing the displacement between points on two neighbouring geodesies, behaves gives an indication of the difference between the manifold and an Euclidean space. The study is essentially a geometrical approach to the second variation of the length integral in the calculus of variations. Similar considerations apply in the geometry of Lyra but as we shall see, appropriate analytical modifications must be made. The approach given here is modelled after that of Rund which was originally designed to deal with a Finsler manifold but which applies equally well to the present case.

The second paper, submitted to the Canadian Journal of Mathematics on 24 June, was A generalization of Finsler geometry. Vanstone writes:-

This paper comprises a portion of a doctoral thesis submitted to the University of Natal.

He gives an Introduction which begins as follows:-

Modern differential geometry may be said to date from Riemann's famous lecture of 1854, in which a [certain] distance function ... was proposed. The applications of the consequent geometry were many and varied. Examples are Synge's geometrization of mechanics, Riesz' approach to linear elliptic partial differential equations, and the well-known general theory of relativity of Einstein. Meanwhile the results of Caratheodory in the calculus of variations led Finsler in 1918 to introduce a generalization of the Riemannian metric function. The geometry which arose was more fully developed by Berwald and Synge about 1925 and later by Cartan, Busemann, and Rund. It was then possible to extend the applications of Riemannian geometry.

He ends the paper with the following acknowledgement:-

To conclude, I wish to express my deep gratitude to Professor H Rund, who supervised this thesis work and to whom I am indebted for many constructive suggestions and criticisms.

Also in 1962 his paper The general static spherically symmetric solution of the "weak'' unified field equations was published and, in 1964, his paper The Hamilton-Jacobi equations for a relativistic charged particle appeared. This last mentioned paper has the following Abstract:-

In the problem of finding the motion of a classical particle one has the choice of dealing with a system of second order ordinary differential equations (Lagrange's equations) or a single first order partial differential equation (the Hamilton-Jacobi equation, henceforth referred to as the H-J equation). In practice the latter method is less frequently used because of the difficulty in finding complete integrals. When these are obtainable, however, the method leads rapidly to the equations of the trajectories. Furthermore it is of fundamental theoretical importance and it provides a basis for quantum mechanical analogues.

He give the following acknowledgement:-

The author would like to acknowledge his indebtedness to Professor D K Sen for several helpful discussions in connection with the above work.

We note that Dipak K Sen was a colleague of Vanstone's at the University of Toronto with interests in relativity and gravitation, and mathematical physics.

Vanstone was on the programme committee of the Thirteenth Biennial Seminar of the Canadian Mathematical Congress which was devoted to differential topology, differential geometry and applications. It was held at Dalhousie University, Halifax, Nova Scotia, Canada, from 16 August to 3 September 1971. He was the editor of the 2-volume Proceedings and wrote the Preface explaining the planning for the meeting:-

Planning for the thirteenth biennial seminar of the Canadian Mathematical Congress began in February 1969 when the theme was chosen and the programme committee was appointed. The topics "differential geometry, differential topology and applications" are ones in which almost every mathematical discipline has a role to play. Specialists in these topics must be generalists in mathematics. Perhaps for this reason, there has been a surge of interest in these subjects in recent years. Its impact has made itself felt in modern undergraduate curricula (witness, for example, the increased emphasis on multilinear algebra and calculus on manifolds). Since the area has not been particularly strongly represented in Canada, it was  felt that such a seminar would be both useful and timely. The programme committee, consisting of A E Fekete, W H Greub, Ngo Van Que, H Rund, U Suter and J R Vanstone was supplemented by A J Tingley the chairman of the mathematics department of Dalhousie University, the host institution. Its membership represented a wide range of topics within the seminar theme and Canadian universities from coast to coast. It met in Toronto on March 7, 1970 and planned the general structure of the seminar. A list of possible speakers was drawn up and the chairman was asked to issue invitations. At its next meeting, on November 28, 1970, the principal speakers were confirmed, a tentative budget was prepared, and the application and selection procedures for participants were discussed. The final meeting before the Seminar was held on June 5, 1970, and the crucial task of distributing support money to applicants was carried out. The following paragraph summarizes the structure of the seminar. It was held in Halifax from August 16 to September 3, 1971. There were seven sequences of invited addresses, about forty one-hour lectures and about one hundred and fifty participants.

Vanstone's most famous work was the 3-volume, three author monograph Connections, curvature, and cohomology. The three volumes were subtitled De Rham cohomology of manifolds and vector bundles (1972), Lie groups, principal bundles, and characteristic classes (1973) and Cohomology of principal bundles and homogeneous spaces (1976). Vanstone's co-authors were Werner H Greub and Stephen Halperin. The Preface to the book explains how they came to write it:-

This monograph developed out of the 'Ahendseminar' of 1958-1959 at the University of Zürich. It was originally a joint enterprise of the first author [Werner H Greub] and H H Keller, who planned a brief treatise on connections in smooth fibre bundles. Then, in 1960, the first author took a position in the United States and geographic considerations forced the cancellation of this arrangement. The collaboration between the first and third authors [Vanstone] began with the former's move to Toronto in 1962; they were joined by the second author [Stephen Halperin] in 1965. During this time the purpose and scope of the book grew to its present form: a three-volume study, ab initio, of the de Rham cohomology of smooth bundles. In particular, the material in volume I has been used at the University of Toronto as the syllabus for an introductory graduate course on differentiable manifolds.

Vanstone retired in 1995. He died suddenly from a heart attack at his winter home in Florida. A memorial service and celebration of his life was held in University College, East Hall, University of Toronto, on 15 May 2001.

Other Mathematicians born in Canada

Other pages about Ray Vanstone:

Other websites about Ray Vanstone: