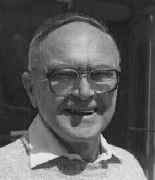 František Wolf's father was a maker of fine furniture. Frank was the eldest of his parents two children, having a sister four year younger. He was born in Prostejov, a town southwest of Olomouc, in the farming region of the fertile Haná Plain. Czechoslovakia did not exist at the time that František was born, for the declaration of the political union of the Czechs and Slovaks was not made until the Pittsburgh Convention in the United States on 31 May 1918. At this time František was fourteen years old and he had already become fascinated by science and mathematics. After completing his school education he entered the Charles University in Prague to study physics.

At the Charles University, Wolf excelled in his studies and he was awarded a gold medal and watch by Tomas Masaryk, the President of the new republic of Czechoslovakia. Tomas Masaryk's son, Jan Masaryk, was a personal friend of Wolf who was a strong supporter of the idea behind the new country. After obtaining his first degree in physics Wolf went to Masaryk University, Brno, to undertake research in mathematics. His thesis Contribution à la théorie des series trigonométriques généralisées et des séries à fonctions orthogonales Ⓣ was supervised by Otakar Borvka, and he was awarded the degree Rerum Naturum Doctor in 1928. Wolf then became a secondary school teacher and taught mathematics in schools until 1937 when he was appointed as a Privatdozent at the Charles University in Prague.

Shortly after his appointment, Wolf travelled to England to study at Cambridge University with Hardy and Littlewood. As a result Wolf published two papers in 1939, one in the Journal of the London Mathematical Society and the other in the Proceedings of the London Mathematical Society. The first was An extension of the Phragmén-Lindelöf theorem while the second was On summable trigonometrical series: an extension of uniqueness theorems. After this visit to England Wolf returned to Prague in March 1938 as Germany was annexing Austria. The serious political situation saw Czechoslovakia, whose leaders did not favour a German takeover, begin drafting men into the army and Wolf was among them. He was still in the Czechoslovak army when German troops, essentially with the approval of the leading European powers, marched into the country towards the end of 1938. Wolf's views made it impossible for him to remain under German occupation and he was fortunate to have an invitation from the Mittag-Leffler Institute in Stockholm. The German occupiers allowed him to leave the country for a period of three weeks to give a lecture course at the Mittag-Leffler Institute. However, he did not return after the three weeks, and instead joined the Swedish underground. He remained there until 1941, surviving on a small grant from the Swedish Government.

In 1941 Wolf received an invitation to lecture at Macalester College in Saint Paul, Minnesota, in the United States. Getting from Sweden to the United States looked difficult with World War II at its height, so Wolf set off east travelling on the Trans Siberian Railway, then crossing Japan, before landing on the west coast of the United States. On his way to Saint Paul, he passed through Berkeley where he met Griffith C Evans, the Head of the Mathematics Department. Evans offered Wolf a position at Berkeley, but he felt he had to honour his commitment to Macalester College and duly went there for the one year post before returning to Berkeley as an Instructor in Mathematics in 1942. However, Wolf's first 1941 visit to Berkeley was significant in another way for there he met a young botanist Myrtle Richey; they married in 1945 and their son Thomas Wolf was born two years later. William G Bade, Murray H Protter, and Angus E Taylor write in their obituary of Wolf:-

Frank learned to share Myrtle's love of wild flowers, and as a family they made uncounted trips in the spring and summer to seek them out. A summer cabin at Clipper Mills facilitated these activities. They established their home in the Berkeley hills, where Frank loved to walk. Many friends and former students will remember the hospitality of their home and their kindness and interest toward young people and colleagues.

Wolf's paper The Poisson integral. A study in the uniqueness of harmonic functions had been published by Acta Mathematica in 1941. Evans reviewed the paper:-

It is known that a harmonic function may have zero boundary values on the circumference of a circle (for approach along radii, etc.) and still not vanish within the circle. ... [Wolf's] paper is a study of the restrictions on the order of growth of a harmonic function, as a function of r, which are sufficient to insure uniqueness, and, in particular, uniqueness of representation in terms of the Poisson integral. By means of conformal representation, simply connected domains with rectifiable boundaries are reduced to the circle.

In 1947 Wolf published Contributions to a theory of summability of trigonometric integrals which collected together many of his earlier results in the area:-

In 1951 Wolf and Beckenbach founded the Pacific Journal of Mathematics, a major international mathematical research journal sponsored by a dozen or more West Coast universities. His efforts contributed to it becoming the major research journal that it is today. William G Bade, Murray H Protter, and Angus E Taylor describe the research conducted by Wolf after establishing himself at Berkeley:-

Soon after he came to Berkeley, Frank's mathematical interests took a change in direction as he began to study the perturbation of linear operators. This is the theory of the behaviour of the spectral properties of an operator under small changes in the operator. Such perturbation results are important, for example, in quantum mechanics where physical phenomena are interpreted through linear operators on Hilbert space. Consideration of the Schrödinger equation leads to perturbation problems for partial differential operators, where the change may occur in the coefficients of the operator or in boundary conditions. Frank's most influential papers were probably those concerned with the analytical perturbation of operators on Banach spaces and his studies on the essential spectrum of certain singular elliptic differential operators.

Frank Wolf was a person of personal warmth and charm. He had a great interest in people and in cultural activities. He especially loved music and was accomplished on the piano and violin. For many years he served as a member of the Committee on Arts and Lectures which brought performing artists to the campus. ... Always among his strongest interests was the well-being of Czechoslovakia. He had found many Czech immigrants in Minnesota, and he was a strong supporter of the Czech community in the Bay Area. During the founding of the United Nations in San Francisco in 1945, a dispute arose in the Czechoslovak delegation, and Frank was chosen on one occasion to address the gathering on behalf of his country.

Wolf retired in 1972, and following that he went to the University of Valle in Guatemala where he helped set up a graduate programme. He suffered an accident in his garden, having a fall which badly affected his health. From that time on his health declined leading eventually to his death.
Other Mathematicians born in Czech Republic
A Poster of František Wolf

Other websites about František Wolf: