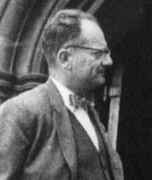 It was in Chicago that Adrian undertook most of his education; in fact this was his home town for most of his life. He began his education there entering primary school in 1911. In 1914, however, the family moved to Iron Mountain in Michigan where he continued his schooling until the family returned to Chicago in 1916. Back in the town of his birth, Adrian entered the Theodore Herzl Elementary School where he studied until 1919 then, in that year, he entered the John Marshall High School. In 1922 he graduated from the High School and began his studies at the University of Chicago.

Albert completed his B.S. degree in 1926 and was awarded his Master's degree in the following year. He remained at the University of Chicago undertaking research under L E Dickson's supervision. That Dickson, the leading American mathematician in the fields of number theory and algebra, was on the Chicago faculty was a piece of good fortune for Albert. Not only did Dickson strongly influence the course of all Albert's later research, but also his style as a teacher and academic rubbed off on Albert. He was awarded his Ph.D. in 1928 for a doctoral dissertation entitled Algebras and their Radicals and Division Algebras.

By the time that he received his doctorate Albert was a married man, having married Freda Davis on 18 December 1927. The economic situation in the United States was deteriorating at this time with the advent of the depression. Herstein writes in [7] (see also [6]):-

Shortly after he got his Ph.D., the great economic depression started. Sensitive as he was to the suffering of others, he deeply felt the economic hardship that so many of his friends were undergoing. He, too, did not have an easy time of it economically. In addition he was beset by a series of illnesses ...

In his doctoral thesis Albert had made considerable progress in classifying division algebras. It was an impressive piece of work and it led to him being awarded a National Research Council Fellowship to enable him to undertake postdoctoral study at Princeton. He spent nine months at Princeton in 1928-29 and this was an important period for Albert since during his time there Lefschetz suggested that he look at open problems in the theory of Riemann matrices. These matrices arise in the theory of complex manifolds and Albert went on to write an important series of papers on these questions over the following years.

Albert was then offered a post as an instructor at Columbia University and he worked there for two years from 1929 to 1931. His first paper A determination of all normal division algebras in sixteen units was published in 1929. It was based on the second half of his doctoral thesis but Albert had, by this time, pushed the ideas further classifying division algebras of dimension 16 over their centres. The case of dimension 9, the next smaller case, had been solved by Wedderburn.

Albert returned to the University of Chicago in 1931 where he was appointed as assistant professor. He remained on the staff there for the rest of his life being promoted to associate professor in 1937 and full professor in 1941. During the years 1958 to 1962 he was chairman of the Chicago Department. Kaplansky writes [7]:-

The main stamp he left on the Department was a project dear to his heart; maintaining a lively flow of visitors and research instructors, for whom he skilfully got support in the form of research grants.

Shortly after beginning his second three year term as Chairman of the Department Albert was asked to take on the post of Dean of Physical Sciences. He served Chicago for 9 year in the role until 1971. Herstein writes [6]:-

We should say a little about Albert's family life which was filled with great happiness until the tragic death of his son Roy. He was one of their three children (the other two being Alan and Nancy) and Roy's death at the age of 23 in 1958 brought a deep sadness which Albert and his wife never got over. One should say, though, that it was in his nature not to allow his grief to be too visible publicly. The blow was softened, if ever the loss of a child could ever really be softened, by the happiness that Albert and his wife enjoyed from their other two children and from their five grand-children.

We have already said a little above about Albert's mathematical contributions but we should now give further details. His main work was on associative algebras, non-associative algebras, and Riemann matrices. He worked on classifying division algebras building on the work of Wedderburn but Brauer, Hasse and Emmy Noether got the main result first. Albert's major contribution is, however, detailed in a joint paper with Hasse. Albert's book Structure of Algebras, published in 1939, remains a classic. The content of this treatise was the basis of the Colloquium Lectures which he gave to the American Mathematical Society in 1939. We should also mention Albert's other fine text on algebra, Modern Higher Algebra, which was published two years before Structure of Algebras.

Albert's work on Riemann matrices was, as we mentioned above, a consequence of suggestions made by Lefschetz. For his papers on the construction of Riemann matrices published in the Annals of Mathematics in 1934 and 1935 Albert received the Cole prize in algebra from the American Mathematical Society in 1939. These important papers had been a direct consequence of Albert's 1928-29 visit to Princeton and when he spent the academic year 1933-34 at the Institute for Advanced Study at Princeton he again received a stimulus which would lead him to further important results.

Lectures by Weyl on Lie algebras were particularly stimulating but perhaps even more important was his introduction to Jordan algebras. These algebras had been introduced by Pascual Jordan as being related to quantum theory. Jordan had worked with von Neumann and Wigner on the structure of these algebras but they had left open certain fundamental questions. Albert was able to use his expertise in structural questions regarding algebras to solve some of the problems in his 1934 paper On certain algebras of quantum mechanics. His work on Jordan algebras did not end there for he published three further fundamental papers on their structure in 1946, 1947 and 1950.

During the Second World War Albert contributed to the war effort as associate director of the Applied Mathematics Group at Northwestern University which tackled military problems. Another interest of Albert's, which appears to have been prompted by the War, was that of cryptography. He lectured to the American Mathematical Society on Some mathematical aspects of cryptography at the Society's meeting in November 1941.

Albert investigated just about every aspect of non-associative algebras. At times a particular line of attack failed to fulfil the promise it had shown; he would then exercise his sound instinct and good judgement by shifting the assault to a different area. In fact, he repeatedly displayed an uncanny knack for selecting projects which later turned out to be well conceived ...

What characterised him best as a person was his intense loyalty to his friends and to his profession. He viewed the profession of mathematician with a great deal of pride and he did everything he could to have it recognised as he felt it deserved. He constantly fought for the improvement of working conditions, salaries, and student support in his chosen field. Although he had a strong set of principles in life and a definite attitude to moral and professional behaviour, he was endowed with an enormous tolerance for the changes that were taking place around him ...

Other Mathematicians born in USA
A Poster of A Adrian Albert

Other pages about A Adrian Albert:

Other websites about A Adrian Albert:

Honours awarded to A Adrian Albert