Born
476
Kusumapura (now Patna), India
Died
550
India
Summary
Aryabhata I was an Indian mathematician who wrote the Aryabhatiya which summarises Hindu mathematics up to that 6th Century. 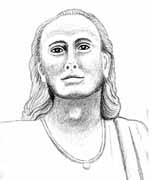 Aryabhata is also known as Aryabhata I to distinguish him from the later mathematician of the same name who lived about 400 years later. Al-Biruni has not helped in understanding Aryabhata's life, for he seemed to believe that there were two different mathematicians called Aryabhata living at the same time. He therefore created a confusion of two different Aryabhatas which was not clarified until 1926 when B Datta showed that al-Biruni's two Aryabhatas were one and the same person.

We know the year of Aryabhata's birth since he tells us that he was twenty-three years of age when he wrote Aryabhatiya Ⓣ which he finished in 499. We have given Kusumapura, thought to be close to Pataliputra (which was refounded as Patna in Bihar in 1541), as the place of Aryabhata's birth but this is far from certain, as is even the location of Kusumapura itself. As Parameswaran writes in [26]:-

... no final verdict can be given regarding the locations of Asmakajanapada and Kusumapura.

We do know that Aryabhata wrote Aryabhatiya Ⓣ in Kusumapura at the time when Pataliputra was the capital of the Gupta empire and a major centre of learning, but there have been numerous other places proposed by historians as his birthplace. Some conjecture that he was born in south India, perhaps Kerala, Tamil Nadu or Andhra Pradesh, while others conjecture that he was born in the north-east of India, perhaps in Bengal. In [8] it is claimed that Aryabhata was born in the Asmaka region of the Vakataka dynasty in South India although the author accepted that he lived most of his life in Kusumapura in the Gupta empire of the north. However, giving Asmaka as Aryabhata's birthplace rests on a comment made by Nilakantha Somayaji in the late 15th century. It is now thought by most historians that Nilakantha confused Aryabhata with Bhaskara I who was a later commentator on the Aryabhatiya Ⓣ.

We should note that Kusumapura became one of the two major mathematical centres of India, the other being Ujjain. Both are in the north but Kusumapura (assuming it to be close to Pataliputra) is on the Ganges and is the more northerly. Pataliputra, being the capital of the Gupta empire at the time of Aryabhata, was the centre of a communications network which allowed learning from other parts of the world to reach it easily, and also allowed the mathematical and astronomical advances made by Aryabhata and his school to reach across India and also eventually into the Islamic world.

As to the texts written by Aryabhata only one has survived. However Jha claims in [21] that:-

... Aryabhata was an author of at least three astronomical texts and wrote some free stanzas as well.

The surviving text is Aryabhata's masterpiece the Aryabhatiya Ⓣ which is a small astronomical treatise written in 118 verses giving a summary of Hindu mathematics up to that time. Its mathematical section contains 33 verses giving 66 mathematical rules without proof. The Aryabhatiya Ⓣ contains an introduction of 10 verses, followed by a section on mathematics with, as we just mentioned, 33 verses, then a section of 25 verses on the reckoning of time and planetary models, with the final section of 50 verses being on the sphere and eclipses.

There is a difficulty with this layout which is discussed in detail by van der Waerden in [35]. Van der Waerden suggests that in fact the 10 verse Introduction was written later than the other three sections. One reason for believing that the two parts were not intended as a whole is that the first section has a different meter to the remaining three sections. However, the problems do not stop there. We said that the first section had ten verses and indeed Aryabhata titles the section Set of ten giti stanzas. But it in fact contains eleven giti stanzas and two arya stanzas. Van der Waerden suggests that three verses have been added and he identifies a small number of verses in the remaining sections which he argues have also been added by a member of Aryabhata's school at Kusumapura.

The mathematical part of the Aryabhatiya Ⓣ covers arithmetic, algebra, plane trigonometry and spherical trigonometry. It also contains continued fractions, quadratic equations, sums of power series and a table of sines. Let us examine some of these in a little more detail.

First we look at the system for representing numbers which Aryabhata invented and used in the Aryabhatiya Ⓣ. It consists of giving numerical values to the 33 consonants of the Indian alphabet to represent 1, 2, 3, ... , 25, 30, 40, 50, 60, 70, 80, 90, 100. The higher numbers are denoted by these consonants followed by a vowel to obtain 100, 10000, .... In fact the system allows numbers up to 1018 to be represented with an alphabetical notation. Ifrah in [3] argues that Aryabhata was also familiar with numeral symbols and the place-value system. He writes in [3]:-

... it is extremely likely that Aryabhata knew the sign for zero and the numerals of the place value system. This supposition is based on the following two facts: first, the invention of his alphabetical counting system would have been impossible without zero or the place-value system; secondly, he carries out calculations on square and cubic roots which are impossible if the numbers in question are not written according to the place-value system and zero.

Next we look briefly at some algebra contained in the Aryabhatiya Ⓣ. This work is the first we are aware of which examines integer solutions to equations of the form by=ax+c and by=ax−c, where a,b,c are integers. The problem arose from studying the problem in astronomy of determining the periods of the planets. Aryabhata uses the kuttaka method to solve problems of this type. The word kuttaka means "to pulverise" and the method consisted of breaking the problem down into new problems where the coefficients became smaller and smaller with each step. The method here is essentially the use of the Euclidean algorithm to find the highest common factor of a and b but is also related to continued fractions.

Aryabhata gave an accurate approximation for π. He wrote in the Aryabhatiya Ⓣ the following:-

Aryabhata I's value of π is a very close approximation to the modern value and the most accurate among those of the ancients. There are reasons to believe that Aryabhata devised a particular method for finding this value. It is shown with sufficient grounds that Aryabhata himself used it, and several later Indian mathematicians and even the Arabs adopted it. The conjecture that Aryabhata's value of π is of Greek origin is critically examined and is found to be without foundation. Aryabhata discovered this value independently and also realised that π is an irrational number. He had the Indian background, no doubt, but excelled all his predecessors in evaluating π. Thus the credit of discovering this exact value of π may be ascribed to the celebrated mathematician, Aryabhata I.

We now look at the trigonometry contained in Aryabhata's treatise. He gave a table of sines calculating the approximate values at intervals of 2490°​ = 3° 45'. In order to do this he used a formula for sin(n+1)x−sinnx in terms of sinnx and sin(n−1)x. He also introduced the versine (versin = 1 - cosine) into trigonometry.

Other rules given by Aryabhata include that for summing the first n integers, the squares of these integers and also their cubes. Aryabhata gives formulae for the areas of a triangle and of a circle which are correct, but the formulae for the volumes of a sphere and of a pyramid are claimed to be wrong by most historians. For example Ganitanand in [15] describes as "mathematical lapses" the fact that Aryabhata gives the incorrect formula V=Ah/2 for the volume of a pyramid with height h and triangular base of area A. He also appears to give an incorrect expression for the volume of a sphere. However, as is often the case, nothing is as straightforward as it appears and Elfering (see for example [13]) argues that this is not an error but rather the result of an incorrect translation.

This relates to verses 6, 7, and 10 of the second section of the Aryabhatiya Ⓣ and in [13] Elfering produces a translation which yields the correct answer for both the volume of a pyramid and for a sphere. However, in his translation Elfering translates two technical terms in a different way to the meaning which they usually have. Without some supporting evidence that these technical terms have been used with these different meanings in other places it would still appear that Aryabhata did indeed give the incorrect formulae for these volumes.

We have looked at the mathematics contained in the Aryabhatiya Ⓣ but this is an astronomy text so we should say a little regarding the astronomy which it contains. Aryabhata gives a systematic treatment of the position of the planets in space. He gave the circumference of the earth as 4 967 yojanas and its diameter as 1581241​ yojanas. Since 1 yojana = 5 miles this gives the circumference as 24 835 miles, which is an excellent approximation to the currently accepted value of 24 902 miles. He believed that the apparent rotation of the heavens was due to the axial rotation of the Earth. This is a quite remarkable view of the nature of the solar system which later commentators could not bring themselves to follow and most changed the text to save Aryabhata from what they thought were stupid errors!

Aryabhata gives the radius of the planetary orbits in terms of the radius of the Earth/Sun orbit as essentially their periods of rotation around the Sun. He believes that the Moon and planets shine by reflected sunlight, incredibly he believes that the orbits of the planets are ellipses. He correctly explains the causes of eclipses of the Sun and the Moon. The Indian belief up to that time was that eclipses were caused by a demon called Rahu. His value for the length of the year at 365 days 6 hours 12 minutes 30 seconds is an overestimate since the true value is less than 365 days 6 hours.

Bhaskara I who wrote a commentary on the Aryabhatiya Ⓣ about 100 years later wrote of Aryabhata:-

Aryabhata is the master who, after reaching the furthest shores and plumbing the inmost depths of the sea of ultimate knowledge of mathematics, kinematics and spherics, handed over the three sciences to the learned world.

Other Mathematicians born in India
A Poster of Aryabhata

Other pages about Aryabhata:

Other websites about Aryabhata: