Born
16 February 1698
Le Croisic, France
Died
15 August 1758
Paris, France
Summary
Pierre Bouguer was a French surveyor who took part in an expedition to South America to calculate the size of a degree of latitude. 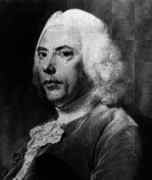 Pierre Bouguer's father, Jean Bouguer, was Royal Professor of Hydrography. Jean Bouguer taught his son Pierre both mathematics and hydrography, and Pierre turned out to be an outstanding pupil. A real child prodigy, he had a deep understanding of mathematics and science by the age of fifteen years.

Then a remarkable thing happened. Jean Boutroux died when Pierre was fifteen years old and so his professorship of hydrography became vacant. Pierre applied for his father's professorship and he was such a remarkable young man, both brilliant and knowledgeable, that he was appointed.

One might think that such early brilliance and achievement would lead to him leading an unexciting life. However, this is far from the truth for his achievements became still more impressive. In 1727 he won the Grand Prix of the Académie Royale des Sciences for his submission on masts of ships. Two years later he again won the grand prize, this time with an essay on observing the altitudes of stars at sea then, in 1731, he won his third Grand Prix from the Académie for his work on the observation of the magnetic declination at sea.

The Académie Royale des Sciences further honoured Bouguer when he was elected as an associate in the mathematics section in 1731 and then, in 1735, he was elected to full membership. In 1732 Bouguer studied pursuit curves writing a paper on them which [1]:-

... was one of several that display his considerable mathematical ability.

In April 1735 Bouguer set out on an expedition, organised by the Académie Royale des Sciences, to Peru to measure the length of a degree of meridian at the equator. La Condamine was a member of the same expedition and its third scientific member was the leader of the expedition Louis Godin. The three finished their journey to their destination by different routes, Bouguer and Godin sailing to Quito, while La Condamine went overland from Manta. The three scientists met up at Quito.

The three were soon involved in disagreements. Godin began to work on his own while Bouguer worked with La Condamine. Bouguer was the first to attempt to measure the density of the Earth using the deflection of a plumb line due to the attraction of a mountain. Together with La Condamine, he made measurements in Peru in 1740 publishing his results in La Figure de la terre Ⓣ (1749). A more successful use of the same method was made by the astronomer Maskelyne in 1774, placing the density between 4.5 and 5.

In 1741 Bouguer discovered a small error in the joint measurements made with La Condamine to determine the length of a degree of meridian. These two now fell out over whether they should recheck their results. All three made independent measurements, the work being completed in 1743. The three returned by different routes.

Bouguer wrote on naval manoeuvres and navigation and, in ship design, derived a formula for calculating the metacentric radius (a measure of ship stability). However, he made an outstanding contribution to an area of science which he treated as a hobby for many years. This was his work on photometry which has earned for him the title of "father of photometry".

Starting in 1721 he made some of the earliest measurements in astronomical photometry. He compared the apparent brightness of the moon to that of a standard candle flame on 23 November 1725. His idea was that although the human eye was poor as a light meter it was very good at telling whether two objects were the same brightness. By moving the candle and using Kepler's inverse square law he was able to measure brightness. He published this method in Essai d'optique sur la gradation de la lumière in 1729. This work contains Bouguer's second great discovery relating to light, namely Bouguer's law. This law expresses the relationship between the absorption of radiant energy and the absorbing medium [1]:-

In a medium of uniform transparency the light remaining in a collimated beam is an exponential function of the length of the path in the medium.

Other Mathematicians born in France
A Poster of Pierre Bouguer

Other websites about Pierre Bouguer: