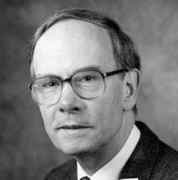 Friedrich Hirzebruch was the son of Dr Fritz Hirzebruch and Martha Holtschmidt. Fritz Hirzebruch was the headmaster of a secondary school in Hamm, and he also taught mathematics there. When he was at school, Friedrich enjoyed mathematics and learnt more advanced topics by talking to his father and reading his father's mathematics books. In 1937 Friedrich reached the age of ten and at that time he was required to join the Deutsches Jungvolk (German Youth), a subdivision of the Hitler youth for boys aged 10 to 14. In 1943 at the age of 15 he was drafted with his whole school class as "helper" into an anti aircraft position in his hometown.

In March 1945 Hirzebruch was drafted into the German army at the time when Allied forces were on the point of crossing the Rhine. By April, Allied forces had taken control of much of Germany and Hirzebruch was taken prisoner. He was released on 1st July 1945. He was allowed to enter the Westfälische Wilhelms University of Münster in November 1945 where he studied mathematics, physics and mathematical logic. Much of the University had been severely damaged by bombing, so at first he had to do most of his studying at home. Quickly, however, conditions improved and nearly normal university life returned.

He received his Ph.D. from the University of Münster in 1950 for his thesis Über vierdimensionale Riemannsche Flächen mehrdeutiger analytischer Funktionen von zwei komplexen Veränderlichen Ⓣ after studying under Heinrich Behnke. He also studied algebraic topology and algebraic geometry with Heinz Hopf at the Eidgenössische Technische Hochschule in Zürich from 1949 to 1950. This period was very important for the preparation of his thesis.

After serving as a Scientific Assistant at the University of Erlangen during 1951-52, he spent the two years 1952-54 at the Institute for Advanced Study in Princeton in the United States working with Armand Borel, Kunihiko Kodaira, and D C Spencer on topics such as sheaf theory, vector bundles, characteristic classes and Thom cobordism. He married Ingeborg Spitzley in 1952; they had two daughters and one son.

Hirzebruch published a paper with the same title as his doctoral thesis in 1953, also publishing three further papers Über die quaternionalen projektiven Räume Ⓣ; On Steenrod's reduced powers, the index of inertia, and the Todd genus and Übertragung einiger Sätze aus der Theorie der algebraischen Flächen auf komplexe Mannigfaltigkeiten von zwei komplexen Dimensionen Ⓣ in the same year. One of his most famous results, now named the Hirzebruch-Riemann-Roch theorem, appeared in his 1954 paper Arithmetic genera and the theorem of Riemann-Roch for algebraic varieties. He published Some problems on differentiable and complex manifolds in the same year. After submitting his habilitation thesis (identical with the book pubished in 1956) he spent the year 1954-55 as a Dozent at the University of Münster. Following this he was appointed as an Assistant Professor at Princeton University where he spent the year 1955-56.

Hirzebruch's impressive work on the Riemann-Roch theorem was fully set out in a book he published in 1956 entitled Neue topologische Methoden in der algebraischen Geometrie Ⓣ. D C Spencer writes:-

This monograph is an exposition of the main ideas and concepts centring around the fundamental Riemann-Roch theorem for algebraic manifolds of arbitrary dimension, a theorem whose proof has recently been found by the author and which is presented here in complete form for the first time. An algebraic manifold is understood to mean a compact complex manifold which can be imbedded complex-analytically without singularities in a complex projective space of suitably chosen dimension.

In 1956 he became a full professor at the Rheinischen Friedrich-Wilhelms University of Bonn, holding this position until he retired in 1993. During this time he served as Dean of the Faculty of Mathematics and Natural Sciences from 1962 to 1964.

The list of books written by Hirzebruch is impressive both for the number, the quality of the exposition, and for the influence on the direction of mathematical research. We give some details of those which followed his 1956 masterpiece mentioned above which was translated as Topological methods in algebraic geometry and appeared in several updated editions over many years. Garben-und Cohomologietheorie Ⓣ (1957), written with G Scheja, sets out the cohomology theory of sheaves. In 1962 Hirzebruch gave a series of seminars at Brandeis and Berkeley. Notes from these were taken by S S Koh and the text revised and updated by W D Neumann for the book Differentiable manifolds and quadratic forms which was published as a joint work by the three mentioned mathematicians in 1971. In 1974 Hirzebruch, jointly with D Zagier, published The Atiyah-Singer theorem and elementary number theory. It is well worth reproducing the first few sentences of a review by Harvey Cohn:-

In 1981 a series of five lectures by Hirzebruch and eight lectures by Gerard van der Geer were combined into notes by the two authors entitled Lectures on Hilbert modular surfaces. In particular they develop enough of the theory of algebraic surfaces to allow an investigation of Hilbert modular surfaces. Further works with Hirzebruch as a coauthor are Zahlen (1983), Geradenkonfigurationen und Algebraische Flächen Ⓣ (1987), and Manifolds and modular forms (1992).

Hirzebruch also had an important influence on the mathematical life in Germany by organizing the famous Arbeitstagung meetings since 1957. The first 30 Arbeitstagungen which he organised form the "First Series" with a "Second Series" beginning in 1993. It is very important to mention at this point the cooperation with Michael Atiyah. During the first 30 Arbeitstagungen Atiyah lectured 32 times, often as the first speaker. From 1959 to 1970 Atiyah and Hirzebruch published nine joint papers. The first papers were stimulated by the series of lectures by A Grothendieck during the first Arbeitstagung 1957 generalizing Hirzebruch's Riemann-Roch theorem. Grothendieck's ideas led to the development of K-theory.

Hirzebruch founded the Institut für Mathematik of the Max Planck Society for the Advancement of Science in Bonn in 1980. The Institute has a small permanent staff, almost all members being mathematicians from around the world spending a fixed period there. The whole concept is based on providing the most suitable environment for the exchange of problems and ideas. The research environment is enhanced by the library, the administration and the computer group. Hirzebruch served as director of the Institute from 1980 to 1995.

Part of Hirzebruch's address to the 1998 ICM address as Honorary President is at THIS LINK.

According to the citation the 1988 Wolf Foundation Prize was awarded to Hirzebruch:-

... for outstanding work combining topology, algebraic and differential geometry, and algebraic number theory; and for his stimulation of mathematical cooperation and research.

The citation then gave a fuller account of Hirzebruch's work which led to the award:-

For the past three and a half decades, the name of Professor Friedrich Hirzebruch has been connected with famous results in the areas of topology, algebraic geometry, and global differential geometry, results which all mark the beginning of important theories and which have had an enormous influence on the development of modern mathematics. Hirzebruch's achievements include

1. the discovery of the signature theorem for differentiable manifolds and the formulation and proof of the Riemann-Roch theorem for algebraic varieties,

2. the integrality theorem for characteristic classes of differentiable manifolds,

3. the proportionality theorem for complex homogeneous manifolds and (with Armand Borel) the general theory of characteristic classes of homogeneous spaces of compact Lie groups,

5. the 'topological' proof of the Dedekind reciprocity theorem through 4-manifold theory and other fascinating relations between differential topology and algebraic number theory

6. the systematic study of Hilbert modular-forms and-surfaces and their relation to class numbers.

Many mathematicians have expanded and generalized Hirzebruch's ideas. He himself has always been interested in the beautiful particular case and concrete problem, which he solves by creating new methods that combine unusual geometric, algebraic, and arithmetic intuition. Moreover, through his brilliant lecturing and writing, through the "Arbeitstagung Bonn" (yearly international meetings at the highest level), and through his dedicated work in scientific organizations he has greatly stimulated world-wide cooperation in research.

The German Mathematical Society presented Hirzebruch with their Georg Cantor Medal during a meeting of the Society in Heidelberg in September 2004. The citation reads:-

In recognition of his remarkable achievements the German Mathematical Society bestows the Georg Cantor Medal on Prof Dr Friedrich Hirzebruch. With this distinction the DMV honors a mathematician of worldwide reputation whose path-breaking works have substantially furthered mathematics. His ideas and discoveries - particularly in connection with Riemann-Roch theorems, characteristic classes, and K-theory - have contributed to the instigation of one of the most important developments in mathematics in the second half of the 20th century. He has contributed more than anyone else to the international integration of German mathematics and to the absorption of East and West German mathematicians into a common organization.

Other Mathematicians born in Germany
A Poster of Friedrich Hirzebruch

Other pages about Friedrich Hirzebruch:

Other websites about Friedrich Hirzebruch: