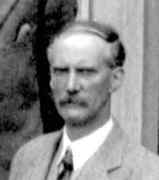 At university Lawson showed great talent and was awarded the Carstairs Prize (awarded to the best mathematics student in each of the three years) in both 1889 and 1890, the Millar Prize (awarded to the best student in each year) in 1890, the Gray Prize (awarded for an essay on a prescribed subject) in both 1891 and 1892, and the Arnott Prize (awarded on examination in Natural Philosophy at the end of the session) in 1891. He graduated with an M.A. with First Class Honours in Mathematics on 30 April 1894. In fact Lawson was employed by the University of St Andrews as an Assistant to the Professor of Mathematics before the award of his degree. He was appointed to the post in 1892 and continued to fill that role until 1900.

In 1900 Lawson went to Edinburgh to take up the post of Mathematics Master at George Watson's College. He then became Rector of Selkirk High School before, in 1904, becoming Rector of Waid Academy in Anstruther, Fife. He held this post until he retired in 1931. After retiring he moved to Edinburgh, living at 49 Merchiston Crescent. From 1923 onwards he was a member of the Court of the University of St Andrews.

Lawson was an active member of the Edinburgh Mathematical Society joining the Society in February 1897 while he was Assistant to the Professor of Mathematics at the University of St Andrews. He was honoured by the Society when elected President for session 1937-38. He actively participated in the Society over a long period and we give examples to illustrate this. In a meeting held on Friday 9 March 1923 a discussion on the teaching of elementary geometry was opened by Mr A J Tressland, M.A., F.R.S.E., of the Edinburgh Academy, who advocated the adoption of the sequence in geometrical teaching contained in the schedule recently issued by a special committee of the Assistant-Masters' Association. In the subsequent discussion Lawson took an active part. At the Edinburgh Mathematical Society's 1938 St Andrews Colloquium, held during Lawson's presidency of the Society, he submitted for debate a paper on "Neglect of Form and Law in School Algebra" on the Saturday night. The following is a report of his paper as it appears in The Scotsman on Monday 11 July 1938:-

[Lawson] said that by the British Association papers last year, it was indicated that algebra had, during the last 30 years, developed on the lines of Sir Percy Nunn's classical exposition. That same development was indicated also in 1935 by the Mathematical Association's special pamphlet on the teaching of algebra in schools. In criticising that development, Mr Lawson referred to another development which seemed possible 30 years ago, and said it was based largely on a book quoted by Sir Percy Nunn himself - namely, that of Barnard and Child. Mr Lawson took up the position that algebra at that time took the wrong road, and he advocated a modification of the Barnard and Child position.

On Friday 4 November 1938 Lawson gave his presidential address to the Edinburgh Mathematical Society. This address was (and still is) given at the first meeting of the new session when the retiring President hands over to the new President. Lawson again chose the teaching of algebra as his theme:-


THE TEACHING OF ALGEBRA


Mr G Lawson, the retiring president, delivered an address on "Robots in First Year Algebra." The Mathematical Association's report on School Algebra, published in 1933, and the British Association papers on School Algebra (1937) were taken as showing the present position with regard to the teaching of elementary algebra. In this field, the lecturer said that there were three unsatisfactory features of the present system, the neglect of form, which he regarded as the fundamental thing in algebra; defects in the treatment of the laws of formal algebra; and the difficulties experienced in applying the now commonly accepted treatment of negative numbers. Mr Lawson gave an account of his method of introducing the idea of negative numbers to his pupils, and criticised some of the methods used in the text-books. His own method, which he published ten years ago, was really an application of the modern theory of number pairs. In the subsequent discussion, in which a number of members of the teaching profession took part, most attention was directed to the question of negative numbers, and the lecturer's views met with some criticism, to which he replied.

An obituary, written by Peter Comrie, was published in the Proceedings of the Edinburgh Mathematical Society and is at THIS LINK.

On Monday 1 August 1938 a letter by George Lawson, written during his time as President of the Edinburgh Mathematical Society, concerning Merchiston Castle was published in The Scotsman. The text of this (beautifully written) letter is at THIS LINK.
Other Mathematicians born in Scotland
A Poster of George Lawson

Other pages about George Lawson:

Other websites about George Lawson: