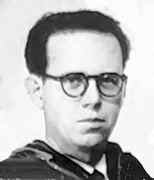 Sixto Ríos's parents were José Maria Ríos Moreiro (1880-1970) and Maria Cristina Garcia Martin (born 1885), both school teachers. The name Sixto came from an uncle, a brother of his mother. José Ríos taught in school in Pelahustán where children of all ages were taught in a single classroom. There were two children in the family, the other being a girl, Encarnación Ríos Garcia, who was three years younger than Sixto. Although Sixto's parents were both teachers, both his fraternal and maternal grandparents were involved in agriculture. However, his paternal grandfather, Lorenzo Ríos Curto (born 1849), had a passion for reading and even wrote plays. He was an influence on the young Sixto, encouraging him to read and appreciate books. In 1916, when Sixto was three years old, his parents requested a transfer to teach in schools in Los Navalmorales, Toledo, and their request was granted.

It was at his father's school in Los Navalmorales that Sixtos began his education. After three years in that town, his parents again requested a transfer, this time to teach at schools in Madrid, mainly so that their children could have a good education. For two years he attended the school in Madrid where his mother taught, then he moved to the Normal School where his father taught. He began his Baccalaureate studies in 1922, taught by his father at home for two years, and examining himself as a free student at the San Isidro Institute. Two years later he entered the San Mauricio College in Madrid, continuing with his Baccalaureate studies and examinations as a free student at the San Isidro Institute. His achievements at school were top quality, and he topped every class. He was taught mathematics by his father and by Pedro Puig Adam, the professor of Mathematics at the San Isidro Institute. He said in the interview [16]:-

They taught me to differentiate the role of intuition and logic in solving a problem.

It was Puig Adam who suggested that he try to solve a mathematical problem posed in the Revista Matemática Hispano-Americana. In April 1927 his solution was published in that journal. Having obtained his Baccalaureate in 1928, in the September of that year he began his studies of Exact Sciences in the Faculty of Sciences of the Universidad Central de Madrid.

Although Ríos's main studies were in mathematical science, he also studied the two-year course on education following the wishes of his father. He also decided that he needed to have language skills and he taught himself English and German while studying at university. The lecturer he liked best was José Álvarez Ude (1876-1958), who had been professor of Descriptive Geometry at the University of Zaragosa from 1902 to 1916 and later moved to Madrid. Álvarez Ude used texts by Karl Gustav Hermann Thieme (1852-1926), a German mathematician who wrote on geometry, and the Italians Francesco Severi and Federigo Enriques. He was taught analysis by José Barinaga Mata (1890-1965), who had taught in Madrid from 1927 to 1930 before moving to the University of Barcelona, by Tomás Rodríguez Bachiller (1899-1980), who became an assistant in Madrid in 1925 and taught the first course on topology to be given in Spain in that year, and by Esteban Terrades i Illa (1883-1950) who had studied at Charlottenburg in Berlin, Barcelona and Madrid before becoming a professor in the universities of Zaragoza, Barcelona and Madrid. A few visitors gave talks at Madrid including Vito Volterra and Luigi Fantappié. One of Ríos's fellow students, but slightly older, was Luis Antonio Santaló.

Ríos was elected as a student representative on the Faculty Board in 1930 and, in the following year, was awarded a scholarship by the Mathematical Seminar and there met Julio Rey Pastor for the first time; Rey Pastor was based in Argentina but spent a short time in Madrid each winter. In the academic year 1931-32 Ríos studied a course on Mathematical Statistics taught by Esteban Terradas. The course was based on work by Ronald Fisher, Bruno de Finetti, and Andrey Kolmogorov.

Reading a book by Hadamard and Mandelbrojt, I found an error in the proof of an important theorem of the second author, confirmed by Rey Pastor. My "youthful" polemic with them, in which Hadamard himself intervened, was settled in my favour by an elegant and dignified review by Bieberbach ...

Although Ríos was undertaking research for his doctorate, he was also appointed as assistant to José Barinaga in Mathematical Analysis I at the Universidad Central de Madrid in 1932-33. Luis Santaló was at this time also one of Barinaga's assistants. The way Barinaga treated his assistants meant they had quite a challenge [13]:-

Professor Barinaga barely gave his assistants time to solve the problems before going to class, which made them nervous in case some compromised situation arose in class. One day Ríos placed on the chalkboard, before Barinaga arrived, an easy and simple solution he had found to one of the difficult problems. Barinaga was surprised because the solution he had designed was rather more complicated.

In November 1934 he became an assistant to Tomás Rodríguez Bachiller. He submitted his doctoral thesis, La hiperconvergencia de las integrales de Laplace Stieltjes Ⓣ, and was awarded a doctorate on 21 December 1935. His thesis, which was a continuation of Alexander Markowich Ostrowski's works on potential series, was published in 1936. In July of that year Ríos and his family were on holiday, living in a tent in the Carmelites in El Escorial. While there they learnt of the civil war and its meaning for them quickly became evident when Ríos's father was arrested. After only three or four days his father was released and the family moved to Cercedilla. Ríos was excused military service on health grounds but the Commander of the Military Command of Cercedilla required him to become his assistant secretary, making him teach mathematics to military chiefs.

In 1937 he was awarded the First Prize of the Spanish Royal Academy of Sciences for his paper Sobre el problema de hiperconvergencia de las series de Dirichlet cuyas sucesiones de exponentes poseen densidad máxima infinita Ⓣ (1940) and Conferencias sobre sucesiones de funciones analíticas y sus aplicaciones Ⓣ (1940). The delay in publication of the papers (written four years earlier) was due to the civil war and similarly there was a delay in Ríos receiving the prize, which did not happen until 15 November 1941. Before this, however, he was able to return to his university teaching. Along with other academics he was obliged to complete an affidavit on 15 April 1939. He was able to return to the Universidad Central de Madrid but these were difficult times and he only achieved this with help from his uncle, Hermenegildo Alfonso Ríos, Commander of the Carabineros, who managed to arrange all the documents he needed.

The Royal Academy of Sciences granted him the Chair of Mathematics in the Foundation Conde de Cartagena in 1940. This was a five year appointment, but was extended for another five years to 1950. In November 1940 he became Assistant Professor of Mathematical Analysis IV at Universidad Central de Madrid. In the following year he became Professor of the Military Academy of Aeronautical Engineers of Madrid, requiring him to be given an honorary military position before he could serve in this role. In the same year he became a Fellow and collaborator of the Higher Council for Scientific Research. On 26 August 1941 he was appointed to the Chair of Mathematical Analysis of the University of Valencia. In December 1942 he was appointed to the Chair of Special Mathematics at the University of Valladolid.

In January 1943 Ríos became Head of the Analysis Section of the Jorge Juan Institute of the Higher Council of Scientific Research. On 11 December of the same year Ríos was awarded the Alfonso X El Sabio Prize for his work La prolongación analítica de la integral de Dirichlet Stieltjes Ⓣ. The Chair of Mathematics in the Foundation Conde de Cartagena was better for Ríos than the chair at the University of Valladolid where, he said in an interview [16]:-

... the horizon was more modest and the working conditions worse.

He was on the 5-year extension of the Conde de Cartagena chair and knew that this ended in 1950. Also he was looking to move to an area where he could apply mathematics. He explained in [16] that the:-

... type of research in which one starts from reality, builds a model and draws non-trivial consequences, was more attractive to me than the work of the pure mathematics.

Having already done some work in statistics, he therefore applied for Chair of Mathematical Statistics at the University of Madrid when it became vacant. He was appointed to this position on 5 June 1948 and from that time on became a major figure in Spanish mathematical statistics. In his Honorary Doctorate address, he gave more details of his move into statistics:-

... after working for fifteen years in functions of complex variable and theory of integration of real functions, I jumped, for professional needs, to the calculation of probabilities. Then I came in contact with the statistics that was beginning to constitute a unified discipline with the Calculus of Probabilities, thanks especially to the works of Harald Cramér. Only a few years later I became acquainted with the important multidisciplinary applications made by teams of eminent scientists in the military problems of World War II and soon led, with the name of Operations Research, to the treatment of the decision processes of organising systems, etc., that is to say, in the large systems involving men, machines, energy, information, uncertainties, ...

For a version of the whole of this address, see THIS LINK.

For other works that Ríos published with his three mathematical children, see THIS LINK.

This is a charming and elementary book that fulfils, within the limits the author sets for it, the promise of the title.

For a longer extract, see THIS LINK.

The author of this book is the director of a school of statistics which has been organised in the University of Madrid since the last war. The word "school" should, in this context, be understood to mean a teaching establishment rather than a research group, and it is of interest to see how energetically Professor Rios assists his students in catching up with that statistical knowledge to which British and American scholars have, as yet, made significantly more contributions than his fellow countrymen. The volume now under review is the second part of a course in mathematical statistics. It deals with a number of subjects not often found in textbooks.

For a longer extract, see THIS LINK.

In October 1952 the School of Statistics of Madrid University was founded. At this time Ríos gave the address Nuevas aplicaciones de la Estadistica: La investigacion operacional Ⓣ in which he [9]:-

... gives a general review of the development of O.R. [He] refers briefly to war-time examples and indicates some industrial applications. Principles and methods are discussed and directions in which it may be useful are indicated.

In 1983, at the age of 70, Ríos retired. However, he continued to undertake research, publish articles and books, and attend international conferences. On 15 November 2003 his wife María Jesús died in Madrid. His son, Sixto Ríos-Insua, died in Madrid on 11 June 2008 and less than a month later Ríos died of bronchitis at the Clínica de la Luz in Madrid.
Other Mathematicians born in Spain

Other pages about Sixto Ríos:

Other websites about Sixto Ríos: