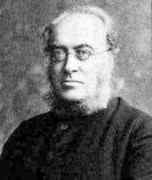 George Salmon's father, Michael Salmon, was a linen merchant while his mother was Helen Weekes, the daughter of the Reverend Edward Weekes. Michael and Helen Salmon has four children; George being their only son. George attended Mr Porter's school in his home town of Cork, in the south of Ireland, and then entered Trinity College, Dublin, in 1834. He studied mathematics and classics at Trinity, winning a classics scholarship in 1837, and graduating with the best First Class degree in mathematics in 1838.

At this time Trinity College, Dublin, restricted its fellowships, and scholarships to Anglicans. It was some time after this, in 1873, that all religious requirements were removed from the university. This was not a problem for Salmon, who was an Anglican, but in order to take up the Fellowship that Trinity offered him in 1841 he was required to take holy orders in the Church of Ireland, which indeed he did, being ordained deacon in 1844 and a priest in 1845. In addition to his mathematics position, he was appointed to a divinity lectureship in 1845.

In 1844 Salmon married Frances Anne Salvador, the daughter of the Reverend J L Salvador. They had six children, four boys and two girls, but only two of these six children (the eldest boy and the youngest girl) survived him. In 1848 he was appointed as Donegall lecturer in mathematics at Trinity.

The mathematics department in Trinity College had some outstanding mathematicians on the staff when Salmon joined them in 1841. Hamilton and MacCullagh were on the staff there, as were Charles Graves and Humphrey Lloyd. Although the main topic of interest was synthetic geometry, Salmon only worked in this area for a short time before moving into the area of algebraic geometry.

Salmon became interested in the algebraic approach to geometry taken by Cayley, Sylvester, Hermite and later by Clebsch. He became a close friend of Cayley and Sylvester and discovered, together with Cayley, the 27 lines on the cubic surface. To be more accurate, Cayley discovered these but they were enumerated by Salmon. He also made many discoveries about ruled surfaces and other surfaces, including the idea of the normal singularities of an algebraic surface. As was typical of the time, Salmon's work showed a lack of concern with complete rigour.

In [6] Gow gives many interesting quotations by Hirst, Poncelet, and several others of Salmon's contemporaries and successors. Many of these comments are surprisingly critical of Salmon's style. He is best remembered for his four textbooks written between 1848 and 1862 which did much to breath life into British mathematics. McConnell writes in [1]:-

These four treatises on conic sections, higher plane curves, modern higher algebra, and the geometry of three dimensions not only gave a comprehensive treatment of their respective fields but also were written with a clarity of expression and an elegance of style that made them models of what a textbook should be. They were translated into every western European language and ran into many editions (each incorporating the latest developments); they remained for many years the standard advanced textbooks in their respective subjects.

A characteristic of Salmon's work was his love of carrying out lengthy calculations. He calculated an invariant of a curve of degree six and published the resulting calculation, which ran to thirteen pages, in the second edition of his treatise on higher algebra which appeared in 1866.

We have already noted that Salmon was appointed as a lecturer in divinity in 1845 and from 1848 he held this lectureship as well as being a lecturer in mathematics. From 1848 to 1866 he played a major role in both the departments of mathematics and divinity. We have noted his mathematical contributions over this period above, but we should also note that he had important theological publications. The first of these was his sermon Prayer published in 1849, which was followed by a series of publications of his sermons, for example many are collected in Sermons preached in Trinity College Chapel (1861) and Cathedral and University Sermons (1900). It was generally accepted that his sermons were better read than listened to, since he did not have a strong voice. He also published many articles on issues dividing the Roman Catholic and Anglican churches.

In 1866 Salmon was appointed Regius Professor of Divinity at Trinity College, Dublin. At this time he gave up his mathematics lectureship, and although he continued to work at mathematics, it became more for his own amusement. His last mathematics publication was in 1873 on periods of the recurring decimals of the reciprocals of prime numbers. He published much in the area of theology with works such as The eternity of future punishment (1864), The reign of law (1873), Non-miraculous Christianity (1881), Introduction to the New Testament (1885), The infallibility of the Church (1888), Thoughts on the textual criticism of the New Testament (1897), and a series of articles between 1877 and 1887 on the history of the early Christian Church in the Dictionary of Christian Biography.

You can see an article about Salmon's theology at THIS LINK.

In 1871 Salmon was installed as Chancellor of St Patrick's Cathedral and in 1888 he was appointed Provost of Trinity College. He held both positions until his death. In the obituary [2] comments are made about Salmon in both these roles. First as Provost:-

The late Provost was a man of tremendous force of character, and over some of his colleagues on the Board he had an influence which may correctly be described as dominating.

Then as Chancellor of St Patrick's Cathedral [2]:-

It was a tradition of the Cathedral that its Chancellor should be a man of learning. The great Archbishop Ussher had held the office, and the Chancellor whose loss they deplored today was the most learned of Irish theologians since Ussher's time.

His expertise in two distinct fields is also mentioned [2]:-

The people of Dublin were in the habit of calling Dr Salmon "a great man", but possibly they did not all realise how great he actually was. Ten years before his connection with Irish Church affairs had made him popular in Dublin his work as a scientist had made him famous throughout Europe. It was 40 years since he had laid these scientific studies aside and had diverted himself to theology, and 20 years afterwards he was known through Europe as a theologian. It is difficult to recall the name of any modern scholar who had achieved such a reputation in two distinct branches of study.

Salmon was awarded honorary degrees at Oxford (1868), Cambridge (1874), Edinburgh (1884) and University of Christiana (Oslo) (1902). He was one of those who petitioned for a charter for the new British Academy, and when Edward VII granted a charter for it in 1902, Salmon was one of the founder members.

Let us quote J Ossory's comments about Salmon's character and hobbies in the Dictionary of National Biography:-

Hospitable and kindly, Salmon had many friends and interests. In youth a competent musician and a chess played of remarkable powers, he cultivated both recreations until an advanced age. He was an omnivorous reader ... and had a special affection for the older novelists ... The homely vigour and delightful wit of the long letters which he was accustomed to write to his friends entitle him to rank as one of the best letter writers of the [19th century].

Finally let us quote Dr Stubbs, the Bishop of Oxford [2]:-

Other Mathematicians born in Ireland
A Poster of George Salmon

Other pages about George Salmon:

Other websites about George Salmon: