Born
12 May 1919
Shanghai, China
Died
7 May 2017
Beijing, China
Summary
Wen-Tsun Wu was a Chinese mathematician who worked in topology and computer mathematics. 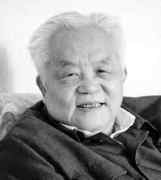 Wen-Tsun Wu was born in Shanghai and he was brought up in that city. He studied mathematics at Chiao-Tung University, Shanghai during a particularly difficult period since war broke out between China and Japan in 1937. In August 1937 the Japanese began an attack on Shanghai which was strongly defended by the Chinese. For over three months Shanghai was the centre of a fierce battle during which time it faced air and sea attacks from the Japanese who made amphibious landings on the beaches of the Jiangsu coast. Shanghai fell to the Japanese on 26 November 1937, large numbers having been killed on each side. The University was temporarily relocated to the French Concession in Shanghai and Wu continued his studies of mathematics, graduating with his first degree in 1940. However, the war was still gripping China at this time, and the University was dispersed to various places in central China, so Wu could not continue his studies and undertake research as he would have wished. He took a position as a mathematics teacher in a school.

The war continued but from 1941 it became part of the wider conflict of World War II. It lasted until 1945 when Japan surrendered. Chiao-Tung University was re-established as a Temporary University in Shanghai after the war, and Wu was appointed as an assistant in 1945 which allowed him to restart his mathematical studies. In 1946 he met Shiing-Shen Chern who was at that time working on setting up an Institute of Mathematics as part of the Academia Sinica. Wu writes [1]:-

This meeting with Chern was decisive for the future of my career in mathematics.

Wu was admitted as a research student at the Institute of Mathematics and, also in 1946, took the examinations to compete for a scholarship to study abroad. He was successful and in 1947 he went to France as part of the Sino-France Exchange Program. He went to the University of Strasbourg where he undertook research with Charles Ehresmann as his advisor. Wu's first publication in 1947 was Note sur les produits essentiels symétriques des espaces topologiques Ⓣ. The following year saw a wealth of papers from Wu: On the product of sphere bundles and the duality theorem modulo two; Sur l'existence d'un champ d'éléments de contact ou d'une structure complexe sur une sphère Ⓣ; Sur les classes caractéristiques d'un espace fibré en sphères Ⓣ; Sur le second obstacle d'un champ d'éléments de contact dans une structure fibrée sphérique Ⓣ; and Sur la structure presque complexe d'une variété différentiable réelle de dimension 4 Ⓣ. Wu was awarded his doctorate in 1949 for his thesis Sur les classes caractéristiques des structures fibrées sphériques Ⓣ in which he made a detailed study of characteristic classes via Grassmannian varieties.

Following the award of his doctorate, Wu went to Paris where he studied with Henri Cartan. Thom, a student of Cartan's, had held a CNRS research post at Strasbourg while Wu was studying there and they had got to know each other at this time and exchanged mathematical ideas, beginning a good collaboration. While working in Paris during the early months of 1950, Thom discovered the topological invariance of Stiefel-Whitney classes, while Wu discovered a set of invariants and formulas, now called the Wu classes and Wu formulas, which have also proved important. He went on to use the classes he had introduced to prove a beautiful result on embedding manifolds in Euclidean space. In 1951 Wu returned to China where he was appointed to Peking University, then two years later he was appointed as a researcher in the Academia Sinica. Wu wrote:-

From 1953 onwards I made a somewhat systematic investigation of classical topological but non-homotopic problems which were being ignored at that time owing to the rapid development of homotopy theory. I introduced the notion of imbedding classes, and established a theory of imbedding, immersion, and isotopy of polyhedra in Euclidean spaces which was published in book form later in 1965.

The cultural revolution was launched by Mao Zedong, Chairman of the Communist Party of China, in May 1966. One of the aims was to send intellectuals to undertake manual jobs in the countryside and factories. Wu was sent to work in a factory manufacturing computers. In fact this led to a change in his interests as he himself explained:-

I was initially struck by the power of the computer. I was also devoted to the study of Chinese ancient mathematics and began to understand what Chinese ancient mathematics really was. I was greatly struck by the depth and powerfulness of its thought and its methods. It was under such influence that I investigated the possibility of proving geometry theorems in a mechanical way.

Although at first sight the two ideas of computer proof and ancient Chinese mathematics appear to be at the opposite ends of the spectrum, Wu saw that the philosophy behind ancient Chinese mathematics was the development of algorithms rather than the axiomatic abstract approach begun by the ancient Greeks and developed in the West. In 1977 Wu introduced a new way of studying geometry on a computer. He based his method on the idea of a characteristic set which had been introduced by Joseph Ritt in his algebraic and algorithmic approach to differential equations. (It is worth noting that Ritt's approach was based on earlier ideas of van der Waerden.) With his new ideas Wu could take a problem in elementary geometry and transform it into an algebraic question about polynomials. Computers were able to answer questions about polynomials so Wu had a powerful method of proving geometric theorems on a computer. He wrote the important book Mechanical theorem proving in geometries (1984) in Chinese which was translated into English and published ten years later. The book has six chapters: It is in Chapter 4 that Wu explains how to translate geometrical problems into polynomial equations. In 2000 Wu published Mathematics mechanization : Mechanical geometry theorem-proving, mechanical geometry problem-solving and polynomial equations-solving. Timothy Stokes writes:-

Wu and his followers have made great progress and this book should be of interest to Western readers in particular, not least for the diversity of topics addressed by the methods.

Wu extended his mechanization interest, combining it with his original interest in topology to produce computational techniques to handle rational homotopy theory.

Recognition for Wu's achievements was quick. He became a member of the Chinese Academy of Sciences in 1956, receiving one of the three national prizes for natural sciences. He was an invited speaker at the International Congress of Mathematicians in Edinburgh, Scotland, in 1958 but was unable to attend. He was invited for the second time to give an invited lecture, this time on the history of ancient Chinese mathematics, to an International Congress of Mathematicians, this time in Berkeley in 1986. He was elected to the Academy of Sciences for the Developing World in 1991, receiving their mathematics award. He received the Herbrand Award in 1997 from the Conference on Automated Deduction. He also received the first State Supreme Science and Technology Award of the Chinese government in 2001:-

In 2006 he was awarded the Shaw Prize in Mathematical Sciences (jointly with David Mumford):-

For his contributions to the new interdisciplinary field of mathematics mechanization.

In 2008 Selected works of Wen-Tsun Wu was published. The Foreword was written by Wu who explained the various stages in his career:

Other Mathematicians born in China
A Poster of Wen-Tsun Wu

Other websites about Wen-Tsun Wu: