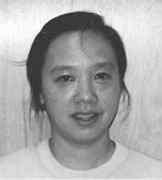 Lai-Sang Young received her primary and secondary school education in Hong Kong. Her teaching there was partly in Cantonese and partly in English. She emigrated to the United States where she began her higher education.

Young's first paper was published in 1977 and gives results which she proved at the beginning of her graduate studies. The paper Entropy of continuous flows on compact 2-manifolds was published in Topology and shows that a continuous one-dimensional flow on a 2-dimensional manifold has zero topological entropy. In each of 1979, 1980 and 1981 one of Young's papers appeared, these being: A closing lemma on the interval; Non absolutely continuous foliations for an Anosov diffeomorphism; and On the prevalence of horseshoes.

In 1979-80 a symposium was held at the University of Warwick in England on Dynamical systems and turbulence. Young attended this and was one of the two editors, the other being David Rand, of the Proceedings of the Symposium which was published in 1981. Having mentioned all this work by Young on dynamical systems perhaps it is time to say briefly what a dynamical system is. It would be best for us give Young's own description of the area of dynamical systems as she describes it at the beginning of her clearly written article Developments in chaotic dynamics which appeared in the Notices of the American Mathematical Society in 1998:-

Dynamical systems as a mathematical discipline goes back to Poincaré, who developed a qualitative approach to problems that arose from celestial mechanics. The subject has expanded considerably in scope and has undergone some fundamental changes in the last three decades. Today it stands at the crossroads of several areas of mathematics, including analysis, geometry, topology, probability, and mathematical physics. It is generally regarded as a study of the iteration of maps, of time evolution of differential equations, and of group actions on manifolds.

In 1993 Young was honoured with the award of the Ruth Lyttle Satter Prize. The citation for this prize reads:-

Young has played a leading role in the investigation of the statistical (or ergodic) properties of dynamical systems and has developed important and difficult techniques which have done much to clarify the subject. In one major paper she established the exponential decay of correlations for a certain class of quadratic maps, which are one of the simplest kinds of nonuniformly hyperbolic systems. this implies that the limit theorems of probability hold in this case. Although similar results were known for [systems which have uniform hyperbolicity], nothing was known in the nonuniform case, and the numerical evidence was contradictory. Thus, her result was both unexpected and deep.

A second outstanding piece of work is her joint paper with Benedicks, in which they study the statistical properties of the Hénon attractor. They show that orbits from a subset of the basin of attraction of positive measure have a common distribution in the limit ... This explains why we "see" the attractor on the computer.

The joint paper referred to here is one Young wrote with Michael Benedicks which they published in the Ergodic Theory of Dynamical Systems in 1992.

Young's response to the presentation of the Ruth Lyttle Satter Prize was to thank Joan Birman for creating the prize and the committee who selected her which was chaired by the previous winner Dusa McDuff. She then continued:-

I ... want to take this opportunity to express my gratitude to my teachers and friends for their support and guidence over the years.

I would like to tell you a little about my work. For the last ten years one of my projects has been to study the dynamics of strange sttractors. Numerically it has been observed time and time again that if we randomly pick a point near an attractor and plot the first n points of its orbit, then the same picture emerges independently of the initial condition. This suggests the existence of a natural invariant measure, one that governs the asymptotic distribution of almost all points in the basin of attraction.

After giving details of how this measure was discovered, and her own contributions, but she explained that there had been an embarrassing lack of examples. Her work with Benedicks mentioned in the citation gave important examples. She continued:-

These are of course only the first examples. We have a long way to go before we understand the ergodic theory of strange attractors.

Young then spoke about women in mathematics:-

There is no doubt that our situation has improved; life in academia for women is easier for my generation than the generation before. I feel that more institutional support is still needed for women who try to juggle career and family, and a conscious effort on our part is necessary if we are to rid ourselves of the cultural prejudices that have existed for so long.

Young has published several excellent surveys of her area and her own contributions to it. In 1993, the same year that she received the Ruth Lyttle Satter Prize, Young lectured at the Real and complex dynamical systems meeting in Hillerod, Denmark. Her contribution Ergodic theory of differentiable dynamical systems appeared in the resulting 1995 publication presents:-

A comprehensive self-contained survey of the results on ergodic theory of differentiable dynamical systems achieved in the last two decades...

More recent surveys include her invited lecture to the International Congress of Mathematicians in 1994. An article based on her lecture Ergodic theory of attractors was published in the Proceedings. It surveys:-

... recent developments in the study of the ergodic properties of attractors of certain dissipative surface diffeomorphisms. The motivating prototype is the Henon family of plane diffeomorphisms ...

Young had been an invited plenary speaker at further meetings over the last few years including: the International Congress of Mathematical Physics (1997); the American Mathematical Society Annual Meeting (1998); and the Society for Industrial and Applied Mathematics Annual Meeting (1999). At the first of these she lectured on the Ergodic theory of chaotic dynamical systems.

Young gives the following list of her current research interests: Finally we should mention two further prestigious awards which Young has received. She received a Faculty Award for Women in Science and Engineering from the National Science Foundation for 1991-1996, and a Guggenheim Fellowship for 1997-98.

Young, who is currently Henry & Lucy Moses Professor of Science at New York University's Courant Institute of Mathematical Sciences, was elected as a Fellow of the American Academy of Arts and Sciences in 2004. In the following year she was the Association for Women in Mathematics' Noether Lecturer at the Joint Mathematics Meetings in Atlanta, Georgia. In 2007 the Association for Women in Mathematics and the Society for Industrial and Applied Mathematics selected Young to give the Sonia Kovalevsky Lecture at the 2007 SIAM Conference on Applications of Dynamical Systems held at the end of May in Snowbird, Utah. The Press Release states:-

The Kovalevsky Lecture recognizes her fundamental contributions in the field of ergodic theory and dynamical systems. Her pioneering research has had a significant impact in the investigation of dynamical complexity, strange attractors and probabilistic laws of chaotic systems. Her interests include theory, applications and deep connections to mathematical physics and probability. She is an inspiration to the entire mathematics community, especially to the women's mathematics community.

Barbara Keyfitz, Past President of the Association for Women in Mathematics, said that:-

... with the choice of Lai-Sang Young to give the Kovalevsky lecture within two years of her Noether lecture, two independent selection committees have recognized the importance of Young's work.

Cathy Kessel, President of the Association for Women in Mathematics, commented that:-

... the award is especially appropriate - Young is a very distinguished mathematician and her research extends the field in which Kovalevsky did her most significant work.

Other Mathematicians born in China

Other websites about Lai-Sang Young: