Born
18 July 1899
Edinburgh, Scotland
Died
31 May 1991
Ashford, Kent, England
Summary
Robert Schlapp studied at Edinburgh and Cambridge universities. He spent his whole career at Edinburgh University teaching mathematics and Physics. He was also interested in the History of Mathematics. 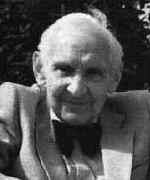 Robert Schlapp's parents were Anna Lotze and Otto Schlapp. Otto, originally from Germany, had taught German at George Watson's Boys' College but became the first Professor of German at the University of Edinburgh. Robin (as Robert was known to all his colleagues including the authors of this biography) was educated at George Watson's School, Edinburgh, and completed his school education as dux of the School in 1917.

Of course World War I had begun in 1914 when Robin was a fifteen year old schoolboy. This was a particularly difficult for time for Robin and all his family because of their German origins. Although he had been placed first in the Edinburgh University Bursary Competition, and awarded a George Watson's Bursary and the Glass Mathematical Bursary, Robin enlisted for military service. He was assigned to the 31st Battalion, Middlesex Regiment, which was intended for those with connections to "the enemy", and spent the rest of the war doing heavy manual labour.

In January 1923 Schlapp joined the Edinburgh Mathematical Society. He was honoured by being elected as President of the Society for session 1942-43, and then again for session 1943-44. He was elected to the Royal Society of Edinburgh on 14 March 1927, his proposers being Sir Edmund T Whittaker, Sir Charles G Darwin, David Gibb, Edward Thomas Copson. He was an active member of the Society serving on the Council from 1956 to 1959. Following this he was Curator of the Society from 1959 to 1969, then Vice-President from 1969 to 1972. He was awarded the Society's Bicentenary Medal in 1983.

An obituary, written by Nicholas Kemmer, appears in the Royal Society of Edinburgh Year Book 1993, pages 111-114.


As explained in this obituary, Schlapp published little after 1940. However he did publish three articles: A note on small vibrations (1942); Colin Maclaurin: A biographical note (1949); and The contribution of the Scots to mathematics (1973).

D C Lewis, reviewing the first of these, writes:-

The author states: "This note exhibits some old results in what is possibly a new form." Accordingly, it is a purely expository matrix-theoretical treatment of the stable conservative linear dynamical system of n degrees of freedom. The paper includes examples.

A version of the second paper on Colin Maclaurin is available in this archive at THIS LINK.

The third paper on the contributions of Scots to mathematics, begins with the thirteenth century and ends shortly before the middle of the nineteenth century "when the concept of Scottish mathematics begins to lose its definition". Thus, he does not include, for example, Wedderburn, Kelvin, or Maxwell. He devotes most of his attention to describing the work of John Napier, James Gregory (whom he calls "the most original mathematician Scotland ever produced"), James Stirling, and Colin Maclaurin.

Other Mathematicians born in Scotland
A Poster of Robert Schlapp

Other pages about Robert Schlapp:

Other websites about Robert Schlapp: